Thinking About The Chelsea Draw

Share All sharing options for: Thinking About The Chelsea Draw

Yesterday, United drew Chelsea in Round 3 of the League Cup, suffering a setback in their hopes of advancing. The Magpies have faced Chelsea 4 times in LC competition, losing all 4 matches, including most recently in the 5th round in 2006-07. Since Chelsea is the class of the Premiership at this point in time, I don't expect a different result this time around. But if you'll allow me to blow some smoke, I've got a couple of reasons why you shouldn't write that L on your fixture list in permanent marker. 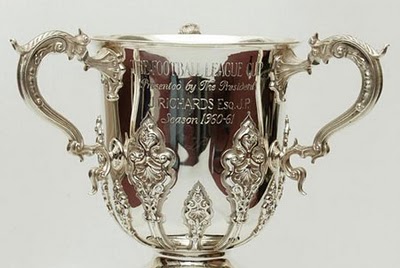 Not so fast - The Magpies haven't been eliminated yet.

First, check the fixtures for both teams. For one thing, Chelsea has a total of 2 days less than NUFC to rest up. The Toon plays on the 18th and the 26th, while The Blues are forced to play on the 19th and 25th. This makes it more likely that Chelsea plays their scrubs. Look also at the quality of opponents following the match: Chelsea is going to rest up for a showdown with Manchester City. Newcastle has the fortune of facing Stoke City - very fortunate indeed.

Chelsea will be quite happy to overlook this game, and I'll be okay with it if Hughton tries to topple the giant by throwing out a more hearty lineup than the one we saw in Accrington. Many don't care about the League Cup, but the little bit of confidence that could come from a positive result would be well worth having a player or two play multiple games in a week. This team is still facing questions about being Premiership-ready from the press, so you have to take any chance you get to put those concerns to rest, if only for the psyche of the players.

Am I predicting a win at Stamford Bridge? Certainly not. However, this game is more winnable than it appears on the surface.