Share All sharing options for: CHN Links: Tuesday's Gone With the Wind

Good morning, Toon Army. Are you ready for the Chelskis? We sure are. From the quotes trickling in we think the club is ready too. We've got a bit of ground to cover what with this Shay Given mess and the upcoming cup game. So, let's jump right in, after the jump that is. 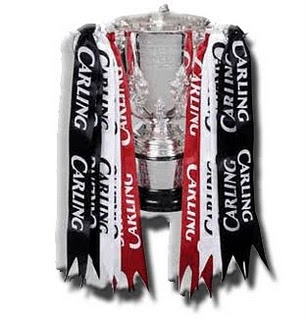 It's Carling Cup this week, Hughton has promised a strong squad, and we have high hopes.


So let's start off with Timmy Krul and Shay Given. We reported that we'd be okay if Shay were to come in as long as he understood that this was Tim's team and he wouldn't be coming in as the number one man. It seems that all of yesterday's speculation was quelled in the afternoon when Hoots denied any interest in the ManC keeper. You can read about it from the BBC, or The Sun, or wherever else you care to look really.

On the subject of Tim Krul, ChronicleLive has a piece up about Tim, complete with comments from the lad himself. What we'd love to see is his first REALLY good diving save so we can get started calling him The Flying Dutchman.

Some fellow bloggers are following our lead (wink wink) and singing the praises of Cheik Tiote. Both Ed and Toonsy, have some good words to say about our new Holding Midfielder.

The Chelsea talk is starting, ChronicleLive talked to HBA about it, and The Sun says Sol Campbell will make his debut in the tie.

If you hate divers and like laughing we suggest you check out this piece from Caught Offside. Since Drogba seems to have won, it's also relevant to the upcoming match, though we doubt he'll be on the pitch against us.