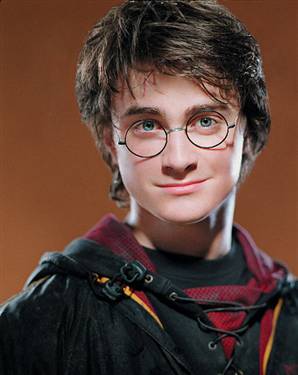 No, not THAT Potter.

I don't know about you, but I'm still high from Wednesday's victory. Sure, Chelsea played their scrubs, and sure, they got beat earlier today as well, but I still consider them one of the best teams in the world. I predicted a tie on the preview I wrote for this site, and deep down I knew that was probably wishful thinking. To beat them was beyond imaginable. The fact that Shola Ameobi was a key part of that victory was extra icing on the cake for me, since I sometimes feel alone in my support of him.

It is with some trepidation, then, that I look upon this game. Every single sign seems to point to a letdown game: The Magpies are sure to be bursting with confidence, and The Potters will surely be playing with the desperation that teams in the relegation zone often play with. Couple that with lineup uncertainty and our backup goalie receiving starts for the foreseeable future, and you've got the recipe for an upset at home - again.

Is it all doom and gloom? No, of course not. Stoke City is not a Premiership-caliber team. Stoke and Newcastle share two common opponents from this short season so far, and in both cases United's result was better. However, we all know that the transitive property doesn't work in sports, as anything can happen on any given Sunday, to borrow a phrase from American football. Stoke haven't scored more than 2 goals in a Premier League match all season, (on the flip side, they haven't let in more than 2 either) so this looks like a race to see who can score 2 first. The question in my mind is, Can Newcastle score two goals? With Krul in net (and for the record, I like him as a backup very much, but I'll be very happy when Harper is healthy), you can bank on Stoke putting one through. They've only been shut out once, and that was by Chelsea. I think The Toon is very capable of scoring two - where Stoke's defenders cause problems is with their size, and Andy Carroll should be able to counteract that well enough to put one home. It's also hard not to be excited about Hatem Ben Arfa. Will his creativity shine through again? Can Tiote be a catalyzing force again? If they are, they'll have no problem putting that second game-deciding goal home. NUFC win, 2-1.

As far as the lineup is concerned, I think you have to look at two patterns that are beginning to develop: (1) Chris Hughton is more than willing to play the hot hand and keep the same lineup that has worked for him before. Even when he had the choice of putting new acquisitions in against Wolverhampton, he stuck with the squad that had done him well the week before. (2) Almost none of the Starting XI from the Everton match played on Wednesday. This bodes well for their chances to play again today. My predicted XI is the same as last week, with the obvious exception of James Perch who must serve his suspension for bookings. EDIT: Apparently I don't understand this insane rule. I'll keep the same lineup here for posterity.