Share All sharing options for: CHN Links: Morning After Edition

Good morning, Toon Army. I think a blowout would have been better for my psyche. 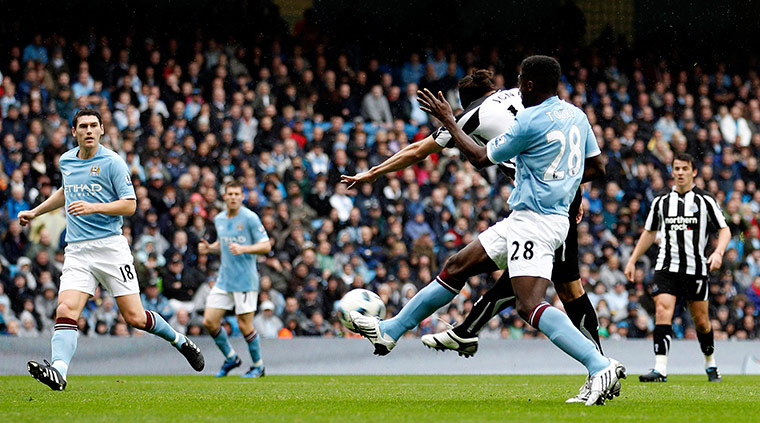 A video of the Nigel De Jong tackle for your review, along with some of his "greatest hits." Clean or dirty? You tell me. (The Shin Guardian) The injury has been confirmed as a fracture of both the tibia and the fibula. (nufc.co.uk) Chris Hughton criticized the tackle. (Sky Sports, video)

Chris Hughton didn't select Andy Carroll yesterday because he's had a virus and a "dip in form" recently. (The Sun) Carroll will find out if he's been selected by The Three Lions today. (Lee Ryder, The Chronicle)

Ryan Taylor is frustrated that he can't crack the Starting XI. I am also frustrated for him. (Sky Sports)

Newcastle is said to be interested in Adel Taarabt of QPR. (Caught Offside)