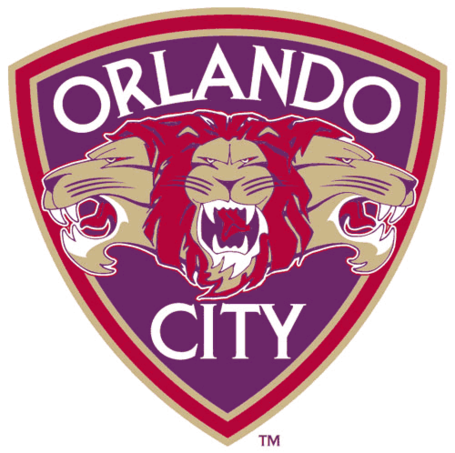 Newcastle will continue their stateside tour this evening with a trip down to the Citrus Bowl to play Orlando City S.C. Not only is the first meeting between the two clubs, but it is also Orlando's 32nd match... EVER.  In the midst of their inaugural season playing in the United Soccer League Professional Division, Orlando has taken advantage of the mid-seasons lull to fit the Toon into their schedule.  More info after the jump.

Orlando S.C. plays in the second (or third, depending on how you look at the thing) tier of the American Soccer Pyramid, in the USLPRO league.  Although this is their first season, they have still managed to post an incredibly impressive 12-3-6 record, with 29 goals for and only 15 against.  They have the most wins in the league, but have also played two more matches than most of their opponents.  Taking the scraps from the folded clubs of the old USL (which was unable to receive sanction from US Soccer following the 2010 season), the Lions have put together a formidable hodgepodge of talented players.  Standouts include their Kenyen midfielder, Lawrence Olum, and their American striker Jamie Watson.  They are coached by Adrian Heath, who was a star at Everton in the early 90's.

The injury to HBA was at the forefront of nearly all Newcastle headlines this past week, and understandably so.  He has returned to England for treatment, and so Newcastle will again have to rely heavily on youngsters and bench players to fill the line, though that is what pre-season should be about anyway.  The other development to keep an eye is the ongoing saga at left back.  Fingers are crossed that Enrique will finally see the field tonight, but Pardew could continue his experimentations in expectation of the Spaniards departure.  Finding a home for Jonas Gutierrez somewhere on the pitch will be important, regardless of what side he is on.  Finally, seeing if any combination of Best, Ba, Ameobi, or Lovenkrands can score some goals will definitely be on the manager's to do list.

The fact that this game is happening at all is something to be excited about.  Orlando have celebrated by holding a whole Newcastle Week, and it's clear that they are thrilled to have the opportunity to go against Premier League talent.  Trying to establish some sense of order in the chaos that exists once one gets past the MLS on the American soccer pyramid is high on the agenda of all of these leagues, so having a team of Newcastle's caliber (yes, we get to boast for a minute) playing a friendly certainly lends credibility both to the club and the entire league.

Let's hope that against a second tier team in the USA, Newcastle can finally put some goals away.  The final scoreline certainly doesn't matter, but it would be a tad embarrassing to leave Orlando without showing off just a little.  This is like a AA team signing up to play Alabama, obviously you're exciting about the game, but really you're just grateful for the opportunity to play with the big boys.  Sorry if that sounds paternalistic, I'm just trying to paint the game realistically.  In short, it would be irresponsible for Newcastle not to up the scoreline and have a little fun.

Don't get injured! For that matter, try to avoid doing anything too absurd or dangerous.  Play cautiously in the midfield, work on possession, and take some dang shots (we had just 2 shots on goal against Sporting KC... a pitiful effort).

Newcastle will score 4 in the first half, much to the crowd's delight, and then proceed to roll out a bunch of newbies for their first shot in the limelight.  Enrique finally sees the pitch.