Tiote's red card suspension is up. So what impact will his presence have on (and off) the pitch?

Share All sharing options for: Tiote Set to Return for Swansea Match: Implications

Cheik Tiote's red card suspension for tackling Steven Fletcher studs up during the Tyne-Wear Derby has concluded, and nobody is happier than Alan Pardew. Pardew told Lee Ryder of The Chronicle that Tiote was the missing ingredient in the Toon's home loss to West Ham United:

[Mohamed Diame's] power was there to see. He kept running with the ball and keeping it for periods in the game. He wouldn’t have been able to do that against Cheik for sure.

There are many different directions we could go with this quote, but let's start by stating the obvious: If Cheik is to be effective against Swansea City on Saturday, he'll need to stay under control. That Swansea is the opponent is both good and bad news. Swansea's insistence on playing a patient ground game means there will be plenty of chances for Tiote to make an impact, which of course also means that there will be myriad opportunities to get into trouble. At least there's little chance of this happening (it should be noted that Cheik was indeed on the pitch here): 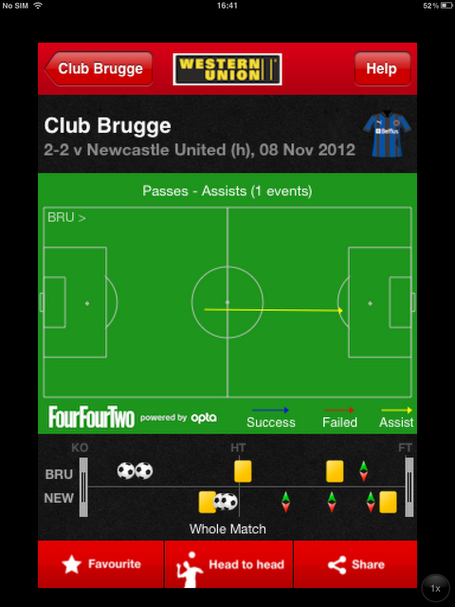 [via The Power of Goals]

There's more to Pardew's quote than just relief that a starting player has returned from suspension. It's a tacit admission that Vurnon Anita is not ready to play the holding midfield role in the Premier League. The difference between Tiote, whose leg looks like this (H/T to r/nufc), and Anita, who appears to weigh 140 pounds soaking wet, is night and day. As January approaches, it's encouraging to note that Pardew understands that he is very thin at the position. If there's a message to interested teams (to be sure, Pards is not consciously sending coded signals here), it's that Tiote is probably more valuable to Newcastle than to your club. That might change if Mr. T goes and gets himself suspended once again. For now, the official story is that we're all very happy he'll be around to right the ship.