An Open Letter To The Sports gods

Sometimes we as fans have done everything within our power to help our teams win. I've gone to great measures - can't you at least meet me half way?

Share All sharing options for: An Open Letter To The Sports gods

My name is Jim. You probably know me. I have been depending upon you for some many years - well, as many as I can remember. You have treated me over those years... not always very well, but rarely with the malicious neglect that you have done to me this fall. Over the years, I have learned some things to be true. If I petulantly turn off the television because my Chiefs are doing something awful, pace around my house about half-a-beer's worth, then turn the TV back on, there is a better than average chance that they will have turned the tide and be performing considerably better. I am mindful that if I do this in premeditated fashion, however, the effects will be doubled and reversed upon my team who will improbably have given up 6 touchdowns in the time it took me to drink that half of a beer. You don't need me to point it out, but that is of course exaggeration for the sake of us mere mortals who float on the breeze that is your whim.

I have learned over those many years that you require certain things of my dress on game/match day. I have followed these to the best of my ability. If I have to work on a Europa League match day and cannot wear my Newcastle United jersey, I do as you require and wear my black-and-white work polo. If Mizzou has a basketball game on a day that I must work, I wear either my gold or my black work polo, based on whether the game is home or on the road. I have performed every possible permutation of jersey etiquette that you could possibly expect from a person. I am not a #FullKitWanker. Yet I know that you demand deeper devotion.

When I imbibe, I am mindful of the provenance of my preferred beverage. If, for instance, Mizzou is playing Marquette, I go out of my way to drink from the fine Boulevard or Schlafly breweries instead of the breweries of the state of Wisconsin. If I drink at a Sporting KC match, I drink the fine Weston Brewing Company Drop Kick Ale. I spread the gospel of the Broon to the best of my ability, and when Newcastle has a new brew (such as the Werewolf), I spread word of it, as well. Yet I know that you demand even deeper devotion.

When Newcastle United came closer than the normal 4176 miles distance from their home to mine, I made the hours trip to see them. All 8 of my jerseys made the cut to travel across the country to live with me in the northwest... as did both of my scarves - my original Kansas City Wizards Mystics scarf and my 2000 Double winners scarf. All of my gold Mizzou shirts... all of my black Mizzou shirts. When we recently acquired a new kitten, I did as I expect you would have wanted. That's correct. I gently guided my better half into naming this fabulous and appropriately colored kitten the only thing that I could in good conscience allow. Meet Magpie. 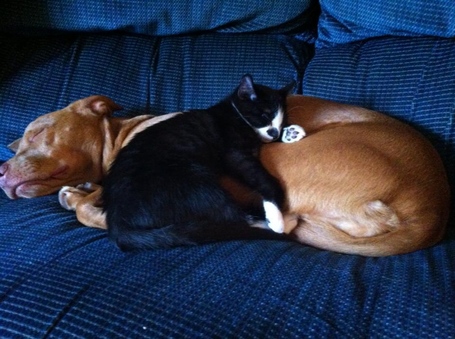 In spite of all of this, however, I can't help feeling a little put out. All of my devotion, my routines, my attempts to keep you happy have been met with scorn. You have led Heart of Midlothian to the brink of financial ruin months after delivering a delicious 5-1 victory over Hibs in the Scottish Cup... and that's the nicest thing you've done for me. The Chiefs are in the midst of their worst season that I can remember since I was a child. You have stolen the on form Newcastle United that I was so grateful to experience last season and replaced them with a frustrating shell of their recent selves. You murdered my sports self with Mizzou's first round loss in the NCAA tournament. You have delivered ludicrous amounts of injury to Mizzou football and Newcastle United. You punted Sporting KC to the curb in the Eastern Conference semi-finals. Although this letter is a nice whinge at best, believe me that I am thankful for the good things you have given me. The Big 12 Tournament Title in March. The Scottish Cup. The US Open Cup. It is, however, my turn to ask of you (the same you would ask of me): What have you done for me lately?

Let us start here, with this small little step. We could negotiate from there regarding bigger and better targets. It may be crazy talkl, but maybe we could talk about the Premier League title some day. You have made the Toon Army into your very own long suffering, ever faithful and success-starved running joke, and if any fan base ever deserved a break from you, it is this one. So please, I implore you... give the Toon a break. Let us get healthy. Let us not get key players ejected. Let our ownership actually address key problems within the squad in January. Let us have these 7 points from the next 3 matches. You will be awash with so many grateful fans that it may just be intoxicating to you. You may just want to allow us to win something sometime.