Breaking Down The Breakdowns - How We Got To 4-3

We know the goals all happened, but let's take a look at how.

Share All sharing options for: Breaking Down The Breakdowns - How We Got To 4-3

Yesterday's 4-3 loss to Manchester United is available on espn3.com to watch/re-watch if you are interested. Personally, I know I couldn't stand to sit through the whole thing again; there's to much to feel indignant about regarding certain behaviors by certain prominent figures in the match for all that! Instead, I did take a look back at just the Manchester United goals to see if we could see anything useful, post-mortemly speaking. Also because I wanted to make up a new adverb. Done and done. Carry on if you dare but fair warning, the outcome sucks (we still lose 4-3), the video captures are shoddy at best (espn3.com tends to ramp down the video quality the more you start and stop a stream... surely a coincidence) and the analysis is probably meh at best.

Watching this goal back, it is clear as day that there was no foul suffered by Antonio Valencia at the hands of Davide Santon. I even had the OSotPgf watch the play (she is knowledgeable enough about soccer, but doesn't give a rip about Newcastle United... I know. I know.) to see if I was just seeing the play through black-and-white glasses and she saw no foul either. So there's that. At any rate, our unloved cousin Shambolic Box Defending visited us again, and this is what happened: 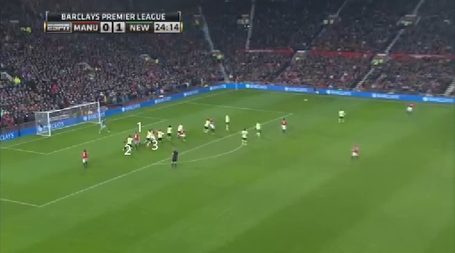 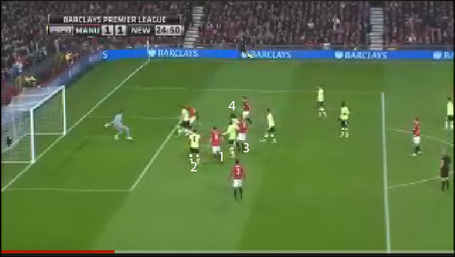 This capture is at the point that Chicharito is releasing the initial shot. 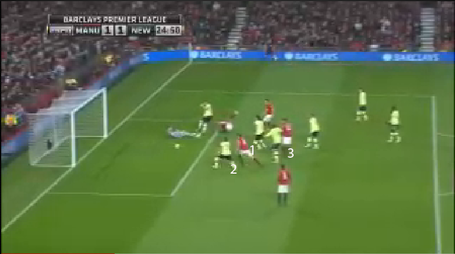 The shot has bounced off of Tim Krul and headed back into play. 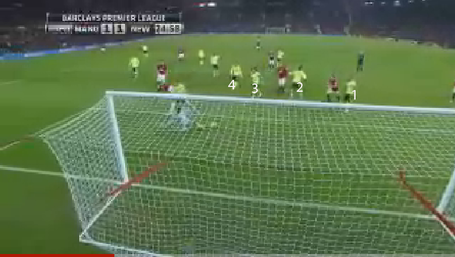 One last view here, from behind the goal.

The gap between Mike Williamson/Danny Simpson and the central defense was exploited not once, but twice; Mike Williamson's man (Chicharito) was first while Evans strolled on through second. I'm willing to wager you'll concede more than you don't when this occurs.

Skipping ahead from our inability to clear our lines from the corner kick that set this up and ignoring the turnover midfield that led to said corner kick which we couldn't clear, we join our heroes at the most opportune of times, i.e. one of the only times I was able to capture a frame at decent video quality. 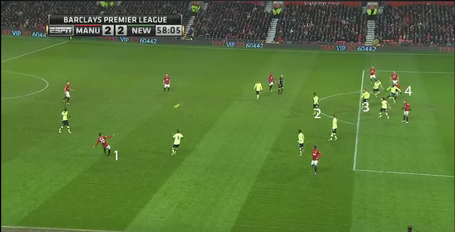 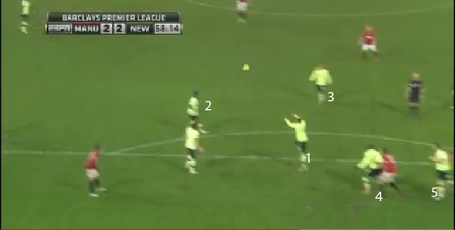 From behind the goal (clearly) we see something similar to what James Perch must've seen. 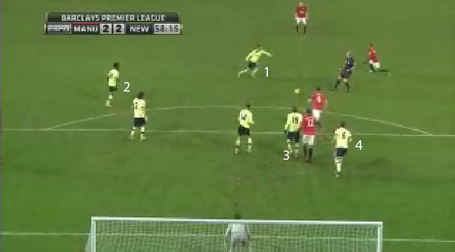 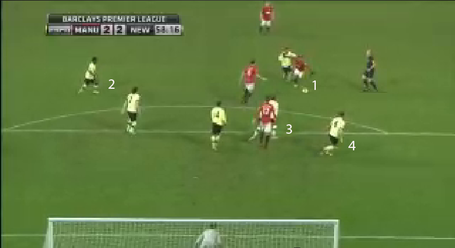 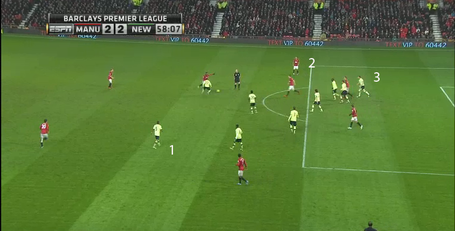 This is clearly a tick back in time, but it explains where Willo is going in the previous capture.

From here, Demba Ba ends up closing down Evra, screening Tim Krul in attempt to block the shot. Tim sees the shot late and a somewhat soft goal results as Tim can only get enough hand on the shot to give it a little bounce as it crosses the line.

I'm not going to say specifically that there was not a reason for Danny Simpson to be completely on the outside left of our defensive "formation" in this situation. I am going to say that, had he returned or someone else noticed and taken up that spot, things may have turned out differently. I'm also not going to say that Mike Williamson would not have decided to track back and mark an already marked player. I am going to say that, had someone been at right back to prevent the concern of an open cross or advancement into the box from the left wing, Williamson would have been much more likely to step to Evra, potentially changing history. 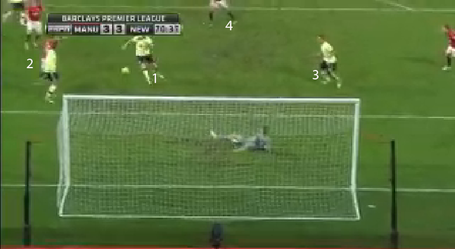 If there is a blame here, it comes during the counter attack which led to the chance in the first place. 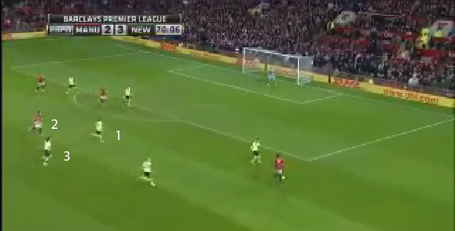 The issues on this one were established before the final move. Whether you think the hand to the face of Colo should have been called or not (to be fair, it was a HELL of a lot more of a foul than the call on Santon that set up the first goal...), the time he spent trying to sell it ultimately cost him the ability to read the attack with his back to goal. Also, Vurnon Anita should have been able to read van Persie as the attack was forming. At the end of it, Krul saved the better shot from van Persie, Carrick's touch on the rebound was critical, and Krul stood precious little chance on the second at that point. 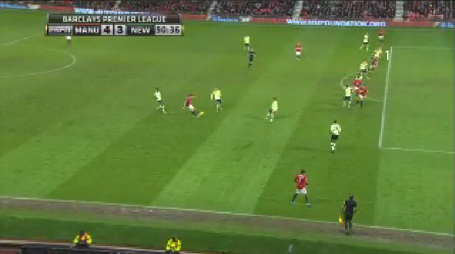 Both sides exhibited very little desire to defend... but in the ultimate gesture of one-upsmanship, we just completely stopped playing period on this one. Embarassing.

Another week passes, another match for the loss column. The New Year starts soon, though, and we all get to start fresh (if you buy into that whole thing). 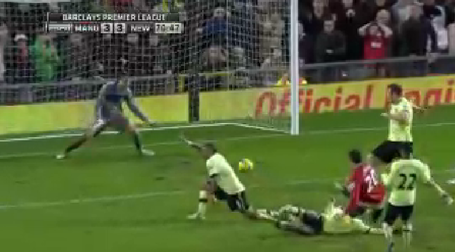