Welcome to Wednesday! Hopefully you were able to take in a bit of the entertainment yesterday as some dominos came closer to falling for the Toon in their quest for Europe... we're still depending on results from specific squads (spoiler alert: we're no longer Evertoon fans), but it did help that Evertoon shut the unwashed's collective mouth. If we can reel in Chelsea in the league, we would definitely be in Europe either way, but I finally have a grasp on what needs to happen if we do not.

Today's links: Tino Asprilla weighing in on this year's squad (and a past manager), Colo out, players' banter and more. Also, I surprise for anyone who makes it all the way to the bottom!

"They deserve a European slot, and a win against Liverpool for me will see them home and dry. "A draw would not be a disaster as it keeps the gap to eight points. "But a win, I think, would seal a place in the Europa League and give those wonderful fans a chance to get out their passports again."

In spirit, this is probably true from Tino... but without results going our way in the FA Cup or the Champions League, sixth is not going to be good enough. It's not exactly a lock if we do win, but it would certainly be a great step in the right direction (not to mention establishing an 11 point buffer over Liverpool)

TINO ASPRILLA today stuck the boot into Kenny Dalglish – and branded the dour Scot: "The man who destroyed the Entertainers." Dalglish returns to St James’ Park on Sunday for the powder-keg Premier League clash that could go a long way to deciding whether Tino’s old team qualify for Europe – in a week when painful memories are sure to be evoked. The former Newcastle boss arrived on Tyneside in 1997 hoping to lift the Premier League title, but only succeeded in dismantling one of the greatest teams in the Magpies’ history as he incredibly sold Peter Beardsley, David Ginola, Les Ferdinand, Lee Clark, John Beresford, Robbie Elliott – and the talisman himself, Asprilla.

Yeah... so Tino not so much a fan of Dalglish. Interesting fodder for your "what if" brain games if you have a minute to think.

Former Manchester United man Simpson won’t need any extra motivation against the team he has regarded as North West rivals from a young age. However, with the chance to go 11 points clear of Liverpool, Simpson is excited by the weekend battle with the Kop outfit. He said: "If you had said we’d be sitting eight points ahead of them at this stage and considering all the money they’ve spent, we would have been delighted.

Danny Simpson is a polarizing figure on the pitch this season, and while he has had some very very high-profile failings, he has been solid to very solid more often than not. It seems that he would just as soon stay on Tyneside, and I would not be displeased to see it happen. It may create some conversation, however, if we do manage to bring in Erik Pieters, who would likely take over on the left, freeing up Santon to move to the right. We need depth, for sure... I wonder, however, if Simpson would be able to accept a role in which he may not start every day.

Manager Alan Pardew has pencilled in his captain for a return against Bolton Wanderers on Easter Monday. Coloccini was withdrawn at half time at The Hawthorns after feeling a tightness in his hamstring. The 30-year-old was hopeful he would only miss Sunday’s home game against Liverpool, but a scan yesterday showed he has suffered a grade one tear, and Pardew won’t take any chances with his fitness, such is the importance of him being fit for the Premier League run-in. As such, Coloccini won’t be available to face Liverpool, or Swansea at the Liberty Stadium on Good Friday.

I suppose I may have been living in denial a little bit about Colo's injury. I had hoped it would be one of those "he's hurt he's hurt he's hu...wait he can play" kind of deals for Liverpool.... but it looks that we're behind the 8-ball from before the word go in a very important match. Sadness.

The fact that the influential Fabricio Coloccini could miss up to half of those games with a hamstring injury is a major concern, although midfielder Cheick Tiote's impending return from a hamstring injury will provide a boost. Tiote missed the victories over Norwich and West Brom, but saw Danny Guthrie deputise well once again, and while Pardew will be delighted to have the Ivory Coast international back, he is equally pleased that his side has shown it can cope without one of its key players. He said: "We have won without Cheick for the last two weekends, and we won without him when he was away at the African Nations Cup. Actually, since he has come back, we haven't had great results with Cheick. I am not saying that as a negative because he is a massive player for us, but we can cope without him."

I feel like Danny Guthrie doesn't get as much credit as he should for the defensive work that he does when he starts. I have no specific statistical date for this statement, but I am going to confess... I'm falling a little out of love with Cheik Tiote. I feel that Alan Pardew needs to have a nice long think before sliding Cheik right back into the starting lineup if he is fit.

With four games left, Newcastle have amassed 21 points away from home, their highest tally since 2002-03, when they garnered 22. Whereas Cissé had reserved all his goals for St James’ Park until Sunday, Hatem Ben Arfa has scored all his in the Premier League away. His man-of-the-match performance at the Hawthorns, where he scored one and created the other two, was his best for Newcastle. Gutiérrez took it as a sign he is getting to grips with English football. "We know all about Hatem," he said. "We know what he can do when he has the ball, and he did that on Sunday.

I think that it is inarguable that we have seen Hatem Ben Arfa's most brilliant match of his Newcastle career this past weekend. If he and Alan Pardew have "figured it out"... look out. Before we stepped off of the accelerator, the gulf in class between us at our best and West Brom (probably not at their best) was ... about what you'd expect from a "top six side" and a mid table club in the Premier League.

"From shite have you come and to shite shall you return. #alwaysInourShadow:

Goalkeeper Krul tweeted during the first-half, after Nikica Jelavic had put Everton in front at the Stadium of Light, saying: "Just had my first barbecue of the summer many more to follow..!! Now watching the mackems getting beat by Everton.!! Good night.!!" Ryan Taylor joined in, tweeting: "I'm absolutely loving what I'm watching on ITV..... Is anyone else loving it….. COYB (come on you blue) boys…"

I'm starting to appreciate the Twitters more and more every day. I did see the tweets quoted above as they came by, and they made me smile. I love our players to not love 5under1and. 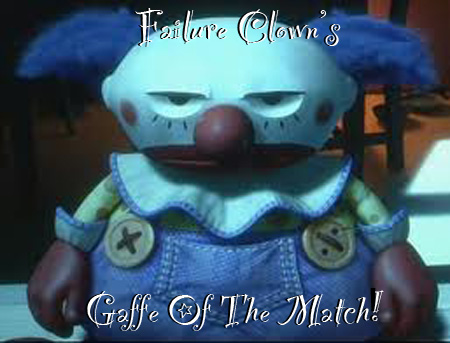