CHN Friday Links: News and Commentary from Around Toon

Share All sharing options for: CHN Friday Links: News and Commentary from Around Toon


A good day to you, loyal readers and an apology that the links were not up and ready earlier. Interestingly, a double batch of sausage gravy for biscuits and gravy takes a bit longer than you might think it would, and so I chewed right through the time I had budgeted earlier. BUT thanks to the marvels of modern technology, I can bring you the links now!

A slightly watered down version of the links today includes: JAMES PERCH !!!!!, Good news for Captain Colo,
Lee Ryder having a go at Jose Enrique, and a look back at Alan Shearer's brief time at the helm of our beloved club. Let's jump and see how focused I can be when I've grabbed part of the links 6 hours ago and part of them now! Fun!


This Club Will Never Challenge For A Top Six Position

Analysis: The grass is not always greener, is it Enrique? - NUFC News - Newcastle United - ChronicleLive

Ironically, ahead of what could be a return in which he receives a hot reception at St James’ Park this weekend, Enrique this week tried to explain why Liverpool are in seventh place and eight points behind a team he predicted were destined for failure. The Spaniard said: "This team is in production. The owners have signed young players. I think we have a really good squad already, but of course we have to improve."

Everyone has had a boss that they did not get along with. It's hard to function in that environment, and I'll concede that this was part of the case with Enrique... but it certainly went deeper. The lesson here, children, is: "DON'T RUN YOUR MOUTH". Joey Barton's "ambition" has him fighting a relegation battle. Jose Enrique's "challenging for a top six spot" has him solidly in 7th, 8 points behind the club he left. The thing is, nobody would care about either if the players had shut their traps.

Asked how far they would be ahead of schedule in their long-term plan if they managed to achieve that, Pardew said: "It's difficult to say. You just want to be in there competing, and we have done that. "Whether we get a European place will probably decided by fate more than anything. We have had a great season regardless of the European spot, and we want to do that again next year. "By hook or by crook, in the next three years it would be nice to get some sort of European football or win a trophy. That's the goal."

Silverware or Europe by 2015. You heard it straight from the man's mouth (ish). It's pretty brave to say that now with the club solidly in the frame this season. One has to wonder what the timeline truly was with Cerberus. I would bet not 3 years. There's a certain amount of revisionist "I knew that" which certainly has to shape what AP says about the long term goals these days.

It is extremely interesting to watch the morphing of supporter opinion regarding "Perchinio". A name that even 3 months ago was largely greeted with derision is now being sung from the terraces. Don't get me wrong... I don't dislike the guy. In fact, he's a pretty likable dude. I just hope this is not a false dawn.

Perch told BBC Newcastle: "I kept myself to myself, had an inner belief. "If you let the doubters get to you, you can go into your shell and quite easily go under and not be seen again." The Mansfield-born player was signed from Nottingham Forest for £1.5m in July 2010 and became one of the first signings for the north east club on their return to the Premier League.

It was very interesting for me to be reminded that Perch was picked up with the intention of being a Premier League player. Sadly, had I remembered that, I would have been harder on him earlier this year than I was.

Regarding The Liverpool Match

And Carver believes the whole is greater than the sum of the parts at United, such has been the influence of those on the fringes of the team, with the likes of Danny Guthrie and James Perch, among others, having made significant contributions to the cause.

"We had 10 games to go, and now we’ve had two wins from that, with eight left," said Carver.

"We now need everybody committed and as many bodies on the line for the run-in. We’ve been like this all season.

"The manager hasn’t spoken about injuries or made excuses – we don’t make excuses.

"We have a situation where we have said from day one it is about the squad.

Team Spirit. Squad. Effort. I get it. No starting-quality centre-half? 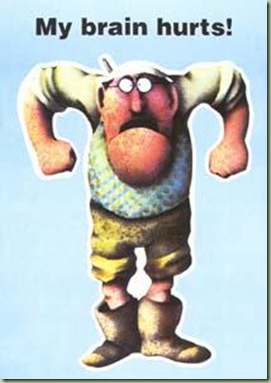 FABRICIO COLOCCINI could be back to lead Newcastle United in their last SIX games of the season. That was the excellent news coming out of the Magpies’ Benton base today after the Argentine defender emerged from a hamstring scan learning he’d only suffered a Grade 1 tear. And that means that Captain Colo may be back for the Easter Monday clash with Bolton Wanderers on April 9.

Good good news here. The sooner Colo is back, the better I feel.

"We weren’t picking up points and we weren’t playing well. There was a lot of unrest in the team as well, which ultimately culminated in the team going down. "It was a difficult job that he took on. To be honest, it wasn’t a great time for the club but I think there were some foundations laid down. "Discipline definitely improved. That was lacking at the time but he came in and sorted that out. I think that was the foundation for us doing what we’ve continued to improve on." There lies the key to what Shearer was trying to do.

The words of Shola Ameobi. The club was twisted and smashed so many different ways when Shearer took over, there was no possible way that success was going to be the outcome. This is an interesting read, covering some of the things that Shearer started which Hughton was able to build upon during the season in The Lake.