CHN Links: The Curious Case Of Demba Ba, Expectations And Players Being Linked

Share All sharing options for: CHN Links: The Curious Case Of Demba Ba, Expectations And Players Being Linked

Hello, and welcome again to today's edition of The Links. We had a pretty decent amount of conversation going yesterday, and we'll try to keep it going today with some stories about Newcastle's completely under wraps pre-season schedule (which is alleged to start tomorrow at 1830 BST), Alan Pardew's statements on the transfer window and a trip in the way-back machine via comments from our fearless leader one Alan Scott Pardew, Esq. as I believe johnjmurphy17 titled him at one point during the past season. Let us take the jump and get the discussion rolling. 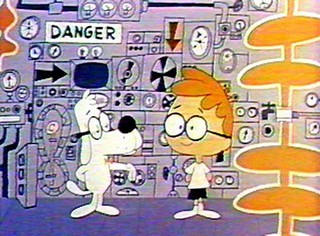 Pre-script: I apologize ahead of time for the links to The Chron's stories. They apparently refuse to have someone manage what should be a fairly easy task of not having 3 autoplay videos on a page at a time.

AS part of Newcastle United’s pre-season schedule, a number of friendly fixtures have been announced officially and unofficially in the warm up to the 2012/13 campaign.

This is still unconfirmed by the club, although Lee Ryder reports that a number of diehard members of the Toon Army have made a flight into the Czech Republic and will make the 2.5 hour drive to Chemintzer just in case. For my part, I will be searching to find any potential broadcast or live stream of the match- if I can find one, expect a live stream tomorrow. By my math, 1830 BST translates over to 1230 CDT for those who are lucky or 1030 PDT for those who are slightly less so, although neither is obscenely early. Watch this space for updates, or check out the front page for a live thread tomorrow if I find something and manage to not get it posted below.

If they come and they want to pay - and it's going to be very, very expensive for someone like him [Cabaye]. Trust me, he will be inflated - then we have to then go to plan B, which is to get a replacement. "We like to think we are going to deal with stories like that about all our players. You could say [Papiss] Cisse, [Demba] Ba, Cheick Tiote, Tim Krul, Cabaye, [Fabricio] Coloccini - we have got some great players here. "The type of club we are, where we are not in the higher reaches of European football, we haven't got that finance and our players are going to be linked to other clubs.

I don't know if this feeling will ever end, but without repeating myself, I still feel that everything that I said in the "gut-check post" almost 9 months ago still holds true. If we can hold on to our key players, I suppose that is step one. ASP, Esq. is absolutely correct that with success is going to come interest from clubs with higher or more reckless financial backing. Our ability to hold on and convince said players to stay is going to determine whether we're looking at the "same old Newcastle" or whether we're truly looking at a break from years and years of repetitive history.

Pardew said: "The whole thing with Demba has been constant. Whether that changes I don't know, but I've not seen any sign from Demba – he's actually training very, very well and looking good – that suggests he wants another club. I don't sense that. "He has a contract to Newcastle and he is loved here. I genuinely don't see a situation where he wants to move on. He has not stressed to me he wants to move to pastures new. He has said to me he wants some reassurance from me because he wants a more striking role this season and I think he will. "He played a couple of roles that were unorthodox for me last season to help the team, that's the sort of person he is. He wants to play through the middle and he wants to score goals – that's what he does best.

It has been my thought that the ultimate disposition of The Curious Case Of Demba Ba will ultimately be decided by ASP, Esq.'s ability to convince Demba that he will have a roll other than left-sided attacker in a 4-3-3 formation. Although it is also my thought that things will play out as they have: "Demba doesn't seem to want to leave" , "Rumors are rumors", etc... and then on July 31 at approximately 2359 BST will come the ultimate sack-tap announcing Demba's departure to Spurs or Chelsea or Man U or PSG or Galatasaray or whichever club tells him what he wants to hear. I suppose the words "cautiously optimistic" are applicable here.

Pardew said: "We had a great season, but our fans are realistic. I have met a lot of people on my travels over the summer, including in the city, and they all were very pleased with last year. "People keep telling me that the fans’ expectations are going to go through the roof and that they are us to improve or get the same as last year. I do not see that. "They are realistic enough to know that until we break into the Champions League it is going to be very difficult to compete with the top four or five clubs. Obviously, that is what we are going to try to do, but it is difficult.

I am going to have to go ahead and disagree slightly with one Alan Pardew on this one. The expectations of the Toon Army largely will never ever jump through the roof. Why? It has been 57 years since we have won any sort of domestic trophy (League Cup, FA Cup or First Division/Premiership) and pushing 50 years since our last European triumph in the Fairs Cup. As a fan base, generation after generation have seen the cycle repeated- push for the title or perhaps make a domestic cup final, fail to capitalize on the opportunity, slip down the league, perhaps get relegated, get new hope through some change in management (either at the board level or the coaching level), repeat ad nauseum. I would say that our fans are not realistic, they're nihilist.

ALAN PARDEW has warned that Newcastle United must stay realistic in their pursuit of new faces this summer – but is hopeful of unveiling new blood in the next fortnight.

Aaaaand here we are again. Fans must adjust their expectations lower, etc. etc. etc. I've addressed this before, so I'm going to save your time and my fingers... but I think that it is fair as a minimum expectation to say that we have failed in this window if we do not bring in at least 1 CB and at least 1 starting-quality striker that will not potentially be gone for the ACON in January. That's all I've got to say about that.