Nineteen Newcastle Players Travel to Greece; Who Will Start?

Share All sharing options for: Nineteen Newcastle Players Travel to Greece; Who Will Start?

The Newcastle United squad have touched down in Greece for Thursday's Europa League Play-off Round tie with Atromitos, and as expected they will be represented by a squad that is considerably less than full strength. According to the Official Site, 19 players took the trip, so obviously that's just enough for a starting lineup, bench, and 1 emergency guy. I've included the list after the jump, along with a guess at selection and formation.

Obviously, one of Harper and Krul will start. I'm guessing that as the old guy Harper will get the ceremonial nod, which has the side benefit of allowing Krul to be rested for Chelsea on Saturday. It's interesting that Alan Pardew only brought two strikers. Even if he goes with a one forward formation, the other will certainly sit the bench. The drama, such as it were, will surround defensive and midfield selection. I have doubts that Yohan Cabaye will play, given his current fitness level. Since he's (maybe) out, perhaps Jonas Gutierrez will get a start so that at least one regular will have a say. On the back line, betting that Pardew will sit one of Steven Taylor and James Perch, so that at least one of them will be fresh in the case that Fabricio Coloccini is unable to go on the weekend. This is all anybody's guess, but accounting for a mixture of youth and veteran savvy, this is the lineup I came up with: 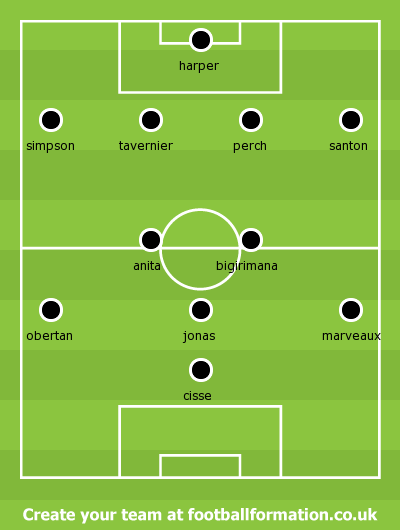