Can you guess who the Man of the Match was? I'll bet you can't.

Share All sharing options for: Player ratings versus Tottenham

I could attempt to be funny and "tease" out who the Man of the Match was, but you'd probably just scroll over the build up just to see how many people gave Tim Krul a 10, so....Tim Krul was Man of the Match!

We only received 18 responses this time, which was probably a combination of the game being early in the States, the player poll not going up right away, AND me deciding to click "not accepting forms". Let's see what we've got anyways, shall we?

Normally, I would lump our GK in with the back line, but we need to discuss Krul's performance by itself, do we not? He made some outstanding saves, he made some routine saves, he made big catches, he pounced on the ball when he didn't catch it, In all, he stopped 14 Spurs shots. If Krul isn't playing out of his mind, Newcastle lose this match 3-1. Say what you will about Tottenham having a poor start, they still got off some quality chances in the first half. They only ramped up the pressure in the second half, but Krul seemed to ramp up his game even more. He was emotional during the match, giving strong encouragement to his defense. Krul literally stole this match for NUFC.

The only thing I might nitpick him on were his clearances. Especially in the second half, these were almost always won back by Spurs. Not sure if there's anything that Krul could do about it, but it was a bit frustrating to see. Perhaps Krul was just challenging himself. Anyway, here are some GIFs, courtesy of Robert.

The community was fairly high on Mathieu Debuchy, but not really anyone else on the back line. This was (as the entire team was) unchanged from the 2-0 win over Chelsea, and one wonders if Pardew will ride the "hot hand" (only, not really because of the International Break) and play them again against Norwich. Perhaps the community though felt the back line wasn't up to the task, as there are some fairly pedestrian scores in this bunch. For instance, half rated Davide Santon a 6. There were some moments of great defending, but I think (rightfully so) that this shutout is all about Krul, not so much what the back four did. 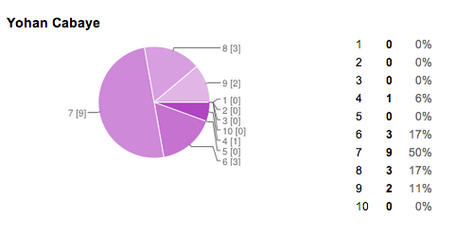 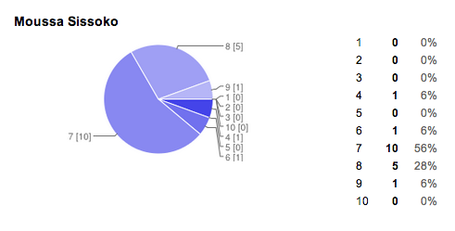 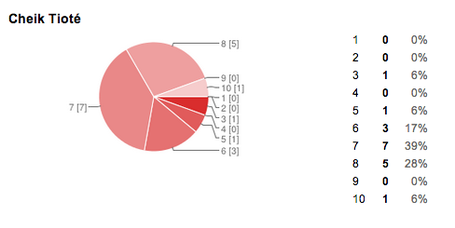 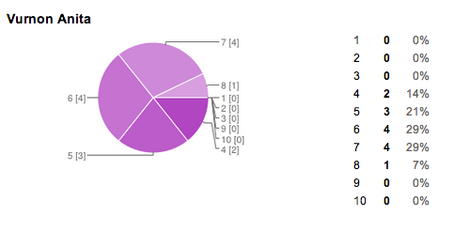 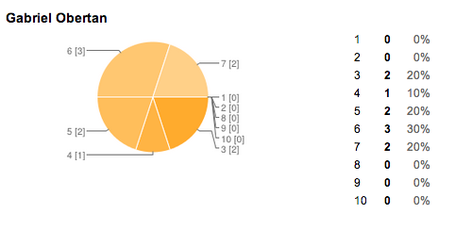 I left out Yoan Gouffran! You may have noticed, but Moussa Sissoko was on the list twice. This is a shame because I really felt that Gouffran had a very solid game. I'm hoping that people voted their rating in for Gouffran on one of the Sissoko's but I don't know which. My bad.

The midfield was very opportunistic in the first half. Spurs were lazy, and Newcastle took full advantage. They intercepted quite a number of passes and got a few good scoring opportunities from them. Remy was able to bury one after having a miss just moments before.

It was interesting that not only did Pardew go with the same line-up, but he used the same subs as well. I don't think Anita or Obertan had as much of an impact on this game as they did against Chelsea, but they certainly didn't hurt Newcastle either. Fairly pedestrian results in their ratings poll, but what do you expect when Tottenham held the ball for what felt like the entire second half.

Remy did what Remy does, bagging a goal for Newcastle to put the visitors ahead. Newcastle were on the front foot for the first half, and when the goal failed to wake Tottenham up, I wondered if NUFC might pot another. Remy made some great runs in the match. He didn't get much of the ball in the second half, which was a shame. If Newcastle could have linked with their forwards, perhaps it would have been an easier second half.

Shola, dare I say, impressed me. He isn't the liability on the pitch that he was last year. He's getting some attempts, doing well on the ball. He's proven to be worthy of his starting role.

Pardew was probably hoping Cisse would come in and hold the ball. He didn't do a lot of this, but I think it would be unfair to pin that solely on Cisse. Perhaps he needed to fight for the ball more.

Overall, the community was pleased with how Newcastle approached this game. There are high marks for formations and tactics. The subs got a lukewarm response, but I don't really know what Newcastle's subs were to do, facing all that pressure (besides, you know, alleviate it). As I said above, Newcastle were opportunistic in this match, and took their chances when they needed to. They then bunkered down and prayed. It is not a long term strategy (as Jim pointed out), but it got three massive points over the weekend.

Three of the last four saw Newcastle go up against Liverpool, Chelsea, and Tottenham. Three of the league's best clubs, and they've outscored them 5-2, earning 7 points against them. One of those wins came on the road. Newcastle are in the top half of the table, and they have winnable games coming up that SHOULD (in theory) solidify their spot there.

Lots to be hopeful for, if we can just get through a weekend of no football.