Sometimes the transfer window is not so fun. Here's a way to make it silly instead.

Football fans know well that a good portion of what passes for journalism during the transfer windows are copy-and-paste jobs designed to generate traffic. Create a link between player and club using specious logic, fill in the blanks with the appropriate verbiage ("want-away," "desperate for first team football," "money to spend," etc.), and off we go to print some more money. Or perhaps there's some actual reporting going on and the people who write about are just really uncreative about disseminating the vital information they've been given.

Either way, it can be frustrating to sift through the chaff and try to glean some useful information. On Sunday I developed a case of "I don't want to wade into the transfer waters blues," so naturally I took to Twitter to tell people about it, as if they cared. What resulted this time, however, was what I believe could be a fun game: Transfer Headline Bingo. I'm not about to try to guess at what Newcastle will do over the next month - they seem just as likely to sign my mother as they do anybody they're actually linked with - but it's pretty easy to predict what the coverage will look like.

Enter our little game. Over the next month, we'll keep track of what people are saying about Newcastle, but we'll also watch how they're saying it. Your job is to try to be the first person to get a bingo.

I've generated several cards already from a pool of over 80 phrases and concepts. I'll only post the first five here for space reasons. To claim a card, simply post in the comments which number is yours so that nobody else will grab it. I'll check this thread periodically and refresh it with new cards.

The rules are simple: Find headlines from major newspapers, either print or online, and match them to your card. The headline must be about Newcastle United, unless otherwise stated. Good luck! 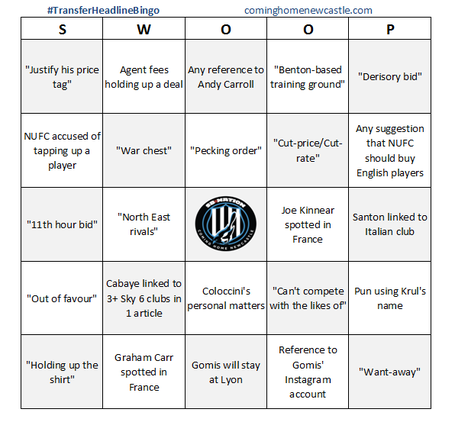 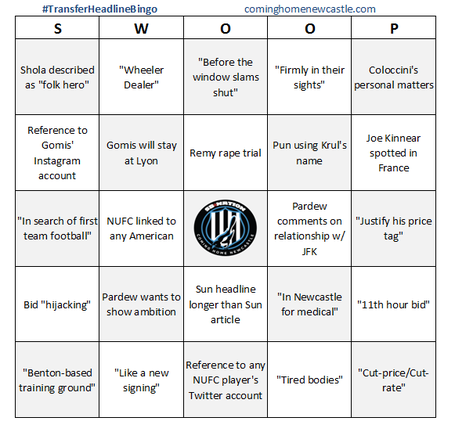 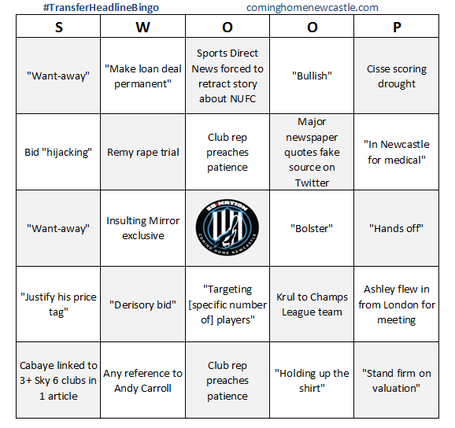 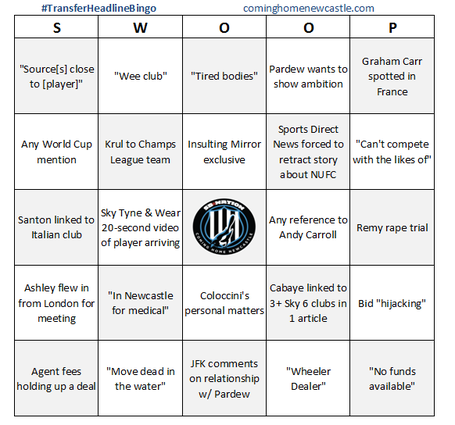 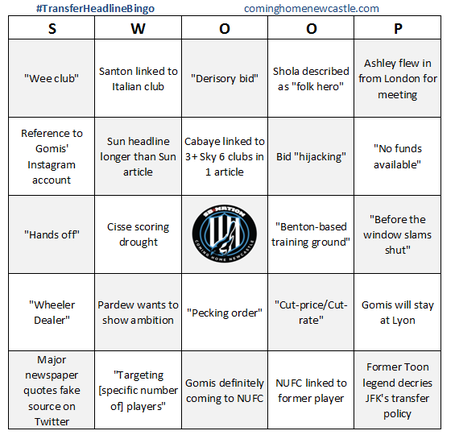 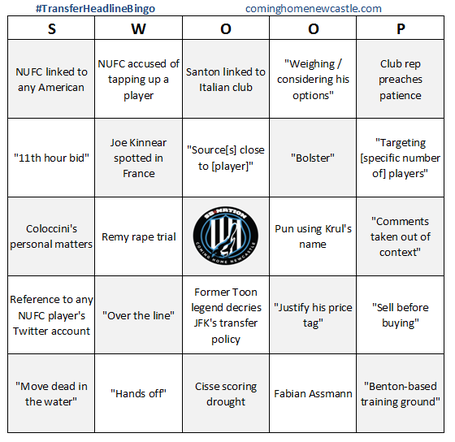