The Alan Pardew Project: Where Do We Go From Here?

Thursday's result was... sub-optimal. Can Alan Pardew field a competitive lineup on Thursday in Kharkiv without sacrificing the vital league match against Southampton 3 days later?

Share All sharing options for: The Alan Pardew Project: Where Do We Go From Here?

I don't wanna live here no more, i don't wanna stay
Ain't gonna spend the rest of my life, quietly fading away

Whatever you thought of the very ... odd officiating in the home leg of our Europa League Round of 32 tie with Metalist Kharkiv, the fact remains that we will need to get a result in Kharkiv this Thursday if we hope to progress in the competition. Were it only that easy - our terrible league performance to this point has put us in a position that the match against Southampton next weekend is not one that you can afford to play your second squad for* and feel good about it.

*Not that there's really a scenario that we would have done, but it's certainly not an option now

So - where do we go? Do we write off the Europa League and place all of our eggs in the Premier League Survival basket? Do we go all out to try to end the 44 year wait for silverware and give the Europa League everything we've got with no guarantee it pays off and no guarantee it doesn't hamstring your Premier League campaign? Starving for success can do strange things to your mind, and there was some chatter about going after the Kharkiv draw that perhaps we should go after the Europa League title even if relegation was the tradeoff. Personally, Premier League survival has got to be the first priority - success is going to eventually be built off of league stability, not to mention that we are not likely to be nearly as fortunate with our best players sticking with the team this time around.

Let us work from the premise that we will put priority on the Premier League and will reserve our first team accordingly. It's pretty easy at this time to sketch out the lineup for the match against Southampton:

It seems unlikely that any of these players will be expected to take any major part in the match in Kharkiv on Thursday (although some will get the frequent flyer miles, for sure)... so what does that leave us? It's not at all a cupboard bare type of situation, and it didn't take very long to sketch out a viable lineup that avoids all 11 of the players above - even if it does leave some room for concern in a couple of areas. What would our lineup v. Metalist look like, then?

This lineup does not exactly fill you with confidence for progression; for every area of the lineup that is encouraging you've got a balance in an area that could be a potential problem for Newcastle. It bears remembering, however, that a scoring draw is enough for us to go through regardless. What about this EL lineup? You've got Marveaux and Obertan in the attack reinforcing the non-mobile Shola Ameobi which is not a terrible thing... if you shape the ideas well enough. The Metalist defense could be susceptible to the speed of Marv and Gaby off of a Leon Best-style flick on from Shola, for instance. Without a direct replacement for Moussa Sissoko (you might like to try Dan Gosling here, but he is still out through injury), Vurnon Anita has looked most likely to bring the kind of passing and activity that you'd be looking for here, which in turn puts you in need to bring Gaël Bigirimana back into the fold at one of the withdrawn midfield slots next to James Perch. This particular triangle of midfielders could be solid enough... or could collapse spectacularly.

A debut for Massadio Haïdara would certainly be exciting, and with Danny Simpson on the right, there's plenty of potential on the wings... which Metalist has looked like they would be happy to concede. In my small scouting report based on their loss to Dnipro Dnipropetrovsk, I observed that Dnipro almost completely ignored the wings in favor of directly attacking the center of the Metalist defense. Our best chances came largely on direct attacks at the middle of the Metalist defense on Thursday. Although there is probably enough quality in this lineup, you wonder if it is the right type of quality to gain the result on Thursday. Unfortunately, we're not in a position to try much else. 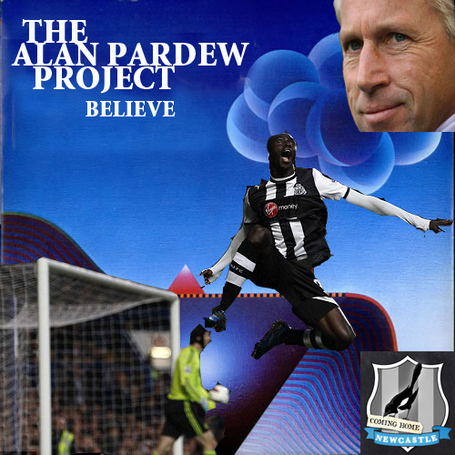 What do you say? Have I worked out the lineups for Metalist and Southampton correctly? Have your say below!