Following today's 4-0 debacle at the Etihad Stadium, we set our crack investigative staff on exactly why we refuse to actually play against Manchester City.

In today's climate of the Premier League, if you are not one of them you can reasonably expect to struggle against the "Sky 6" - Manchester United, Manchester City, Arsenal, Chelsea, Liverpool and Tottenham. Newcastle United are no different by and large, although our attitudes in matches v. Chelsea, Manchester United, Arsenal, Liverpool and Tottenham are vastly different from the tactical ineptitude that is on consistent display v. Manchester City under Alan Pardew. Scorelines of 4-0, 3-1, 3-1, 2-0 and 3-1 in favor of the Citizens during the Alan Pardew era are largely built on Pardew's steadfast refusal to stand toe to toe with Manchester City and play against them.

I've done a bit of searching to try to figure out exactly why this may be as it vexes me completely. I did discover what I believe to be Alan Pardew's Magic Book of Magical Manchester City Tactics that describe why we play as we do v. Manchester City. Let's dive right in: 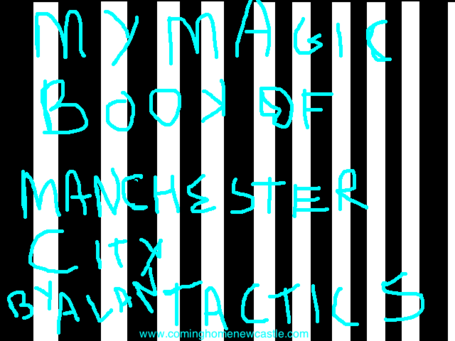 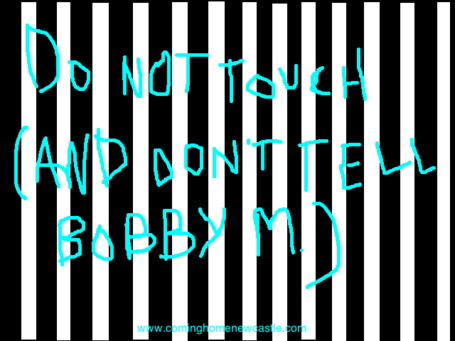 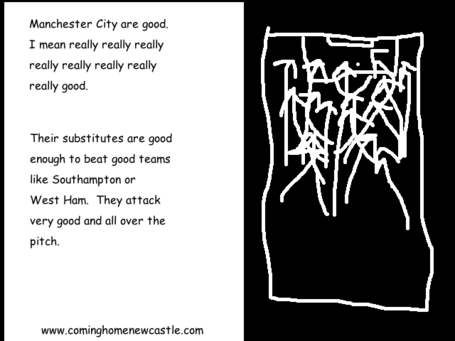 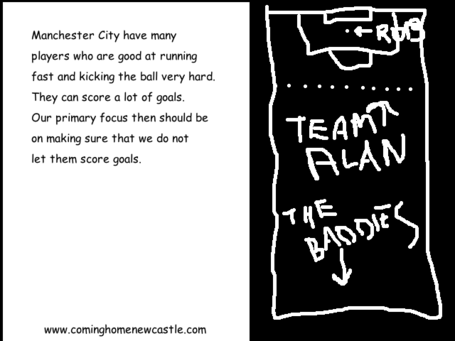 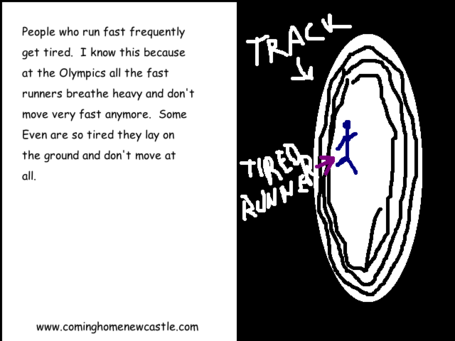 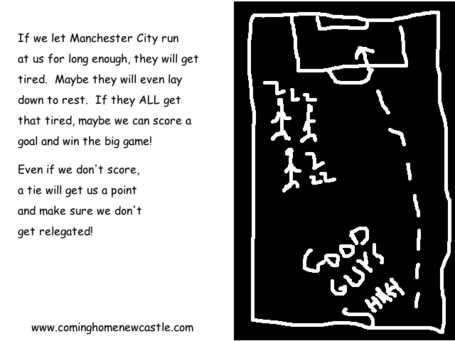