The Nigerian striker had a few go's, but couldn't connect against Iran.

Share All sharing options for: Shola nearly scores in 0-0 draw

Newcastle fans were disappointed when Shola Ameobi wasn't put into the Starting XI for Nigeria today. But, shortly after halftime, the Tyneside hero made his World Cup debut.

Shola had a few cracks at goal late, including an snap header that was defended well by Iran. In the last few minutes, the Nigerian attack tried to pick out Shola, but it was not to be. 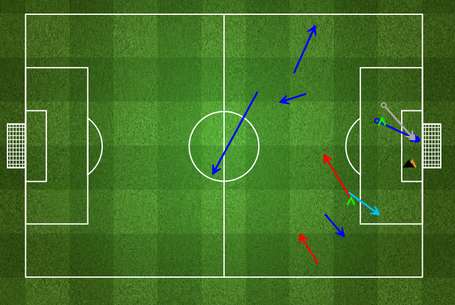 Given that Nigeria will be looking or goals, and that the focal point of the attack was Shola, Nigeria's next game against Bosnia-Herzegovina may feature #23 a bit more.