Tiote had a classic Tiote game: as in, he got a booking and had a couple shots from range.

Cheick Tiote had another decent outing, as he played all 90 minutes in Ivory Coast's 2-1 loss to Colombia in group action.

Tiote wasn't as crisp with his passing as he was in the opener, but he still had a good outing. Here's his passing chart, via FourFourTwo: 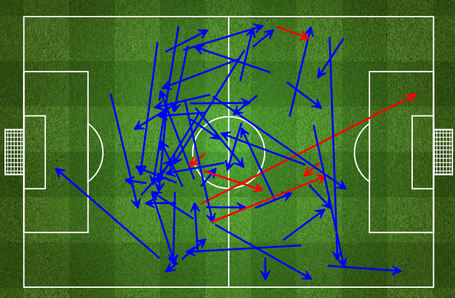 In case you don't have time to count, he was 53 of 59 passing. Of course, it isn't a Tiote match until he unleashes his shot that is no where near the goal. 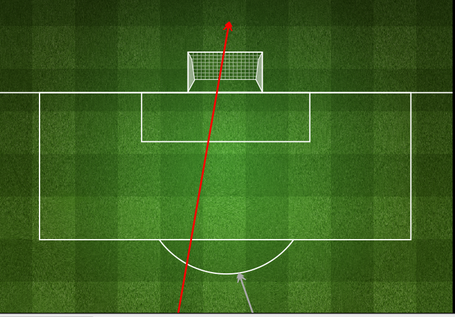 If you had the under in our side bet in the open thread, you won it (O/U on from range shots from Tiote was 2.5).

And, of course, it's not a TRUE Tiote game until he gets booked, which he received in the 90th minute. All in all though, it was a clean match for a player that is known for his physical play. Tiote committed three fouls on the afternoon.

With the loss, Ivory Coast remains at three points in Group C. They will close out group play with a match against Greece on June 24.