Shola was a late sub, and helped Nigeria see it through.

Shola Amobi came on in the 65th minute in Nigeria's 1-0 win over Bosnia-Herzegovina and helped the Super Eagles pick up a vital three points in their quest to qualify for the knock out stages.

Shola didn't factor into the match all that much, Nigeria using him in a fairly defensive role. His size was an asset in the box with Bosnia making crosses late. He had a successful clearance late in the match to help preserve the clean sheet. Here's his player chart, via FourFourTwo: 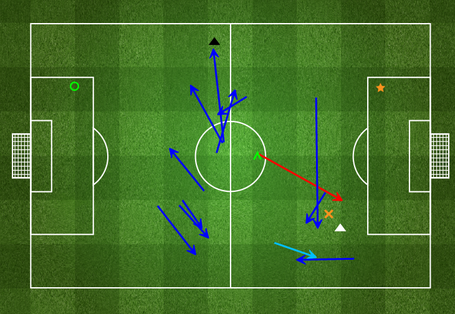 The game was plenty controversial, with Bosnia scoring a wrongfully disallowed goal and Nigeria scoring when maybe they shouldn't. That happened prior to Shola's arrival on the pitch.

The win means Nigeria is ever closer to securing a place in the knockout stages. With four points, they are second in the group, with Bosnia eliminated. Iran has one point and would need a win over Bosnia to tie. Meanwhile, what has been a fairly defensively stout Nigeria will take on a less than impressive Argentina.