A good World Cup for the Newcastle man will be overshadowed by his giveaway that led to Greece's goal.

Share All sharing options for: Tiote's mistake leads to Greece goal in loss

Cheick Tiote has had a good World Cup, but his side's run is done following a controversial 2-1 loss to Greece.

Tiote's World Cup has been quiet, but he made noise for all the wrong reasons in the first half. He had a lapse of concentration and gave the ball away. This led to Andreas Samaris slotting one home and giving Greece a 1-0 lead.

Ivory Coast would equalize in the second half, but after Tiote was taken off in the 60th minute. The goal seemed to be enough until Greece was awarded a penalty in stoppage time. It was converted, and the World Cup dream ended for the Elephants.

Here's his player chart for his third World Cup match. 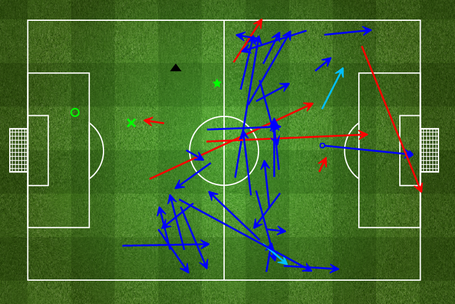 Overall, Tiote was 32 of 37 for the game. But, it's one of those five that will be remembered for the next four years.