The community didn't think very highly of the back line, but Aarons was well received.

The results of the player rating poll aren't overly surprising considering Newcastle played Crystal Palace to a 3-3 draw. Those in the back line didn't fare to well in the ratings, with a lot of sixes and lower. Players involved in the attack that finally found a scoring touch scored higher. Let's break this down by group.

Goalkeeper and Back line 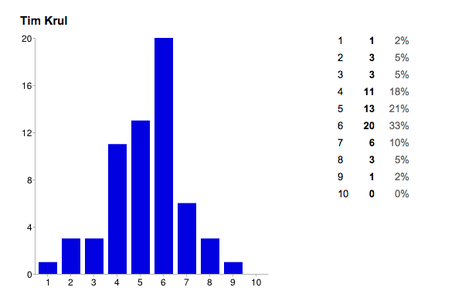 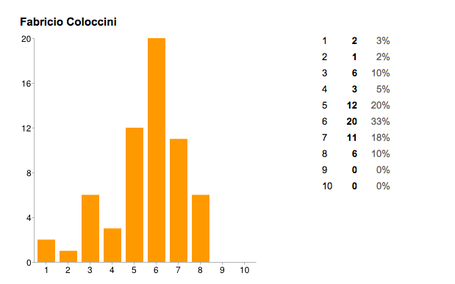 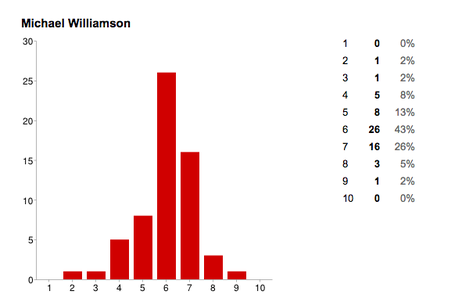 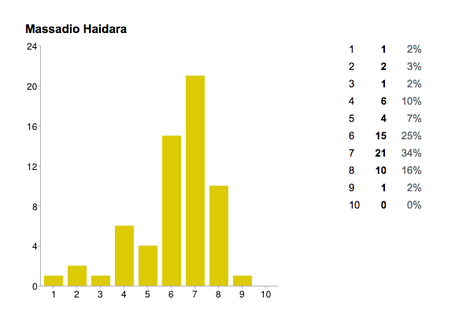 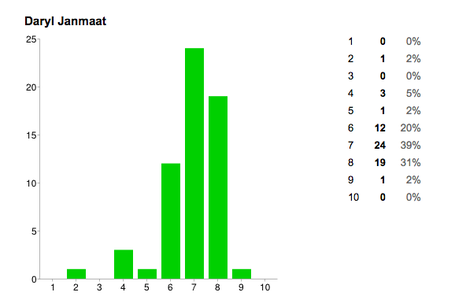 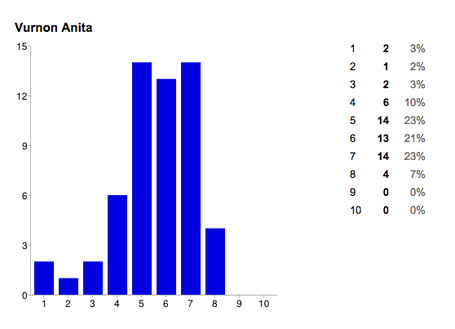 Again, no real surprises here. We seemed to like Janmaat the most out of our defenders. Of course, why wouldn;t you rate the man who opened Newcastle's account highly? As some have pointed out, Newcastle has had problems in defense for a long time and for the most part, it is the usual crew back there. Crystal Palace was given time and space to shoot on all of their goals. Vurnon Anita is usually a fan favorite, but was on for the late goal and that dinged him a bit. Michael Williamson is likely buoyed his goal, but other than that this a pedestrian performance. As Newcastle found out, a pedestrian performance won't get it done in the Premier League, even against sides like Crystal Palace. Tim Krul's rating was among the lowest I've seen from him. And while the defense in front of him left much to be desired, Krul had to do a better job of cleaning up and closing down angles. 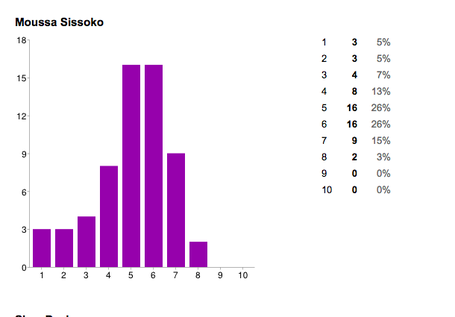 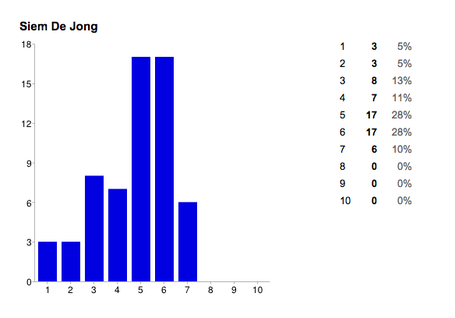 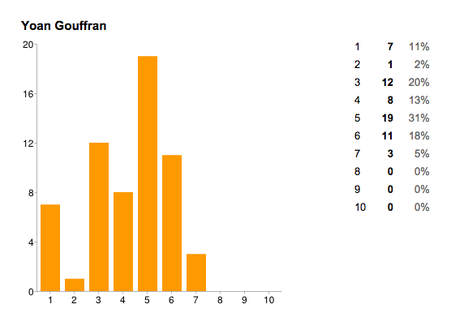 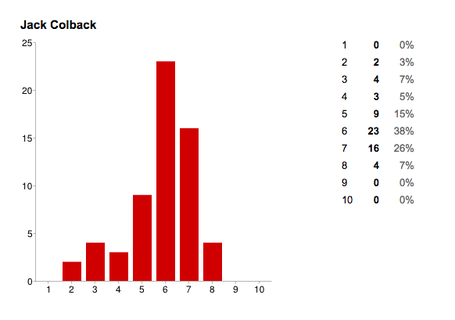 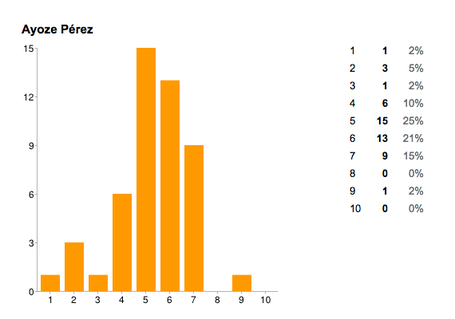 Some frustrations came out when rating the midfield, who I personally thought had a strong game. Club veterans Sissoko and Gouffran in partcular were seen as having poor outings, with a number of respondents rating them as ones or twos. Siem de Jong was silent for large portions of the match, and so he was rated as having an average game. The new signing has yet to really make an impact, and him missing time due to injury now will be a blow. I was surprised at the pedestrian rating of Perez, who I thought was a nice spark off the bench. Maybe he needed more time to show off his skills? 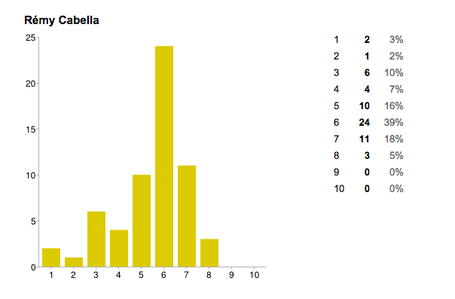 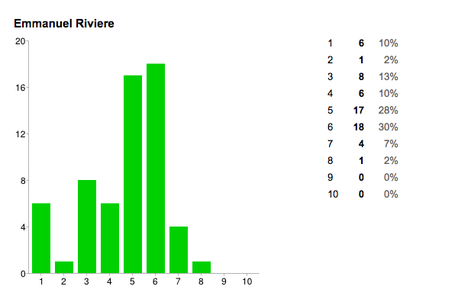 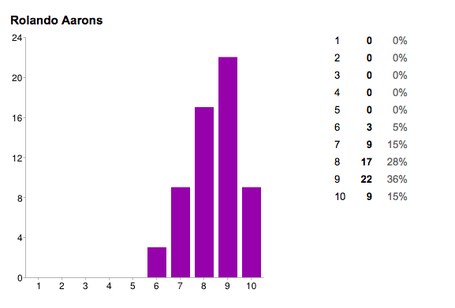 As I predicted, we love Aarons. Only three people in over 60 responses thought he rated a six. The vast majority rated him as an eight or above. He was your man of the match going away. It's become apparent in the early goings of the season that Aarons is 1) ready to play in the Premier League and 2) needs more playing time. Alan Pardew only gave him about 20 minutes. It is easy to imagine the game turning out differently if Aarons was given a half. Newcastle may not think Aarons is ready for a full debut, but he's earned more playing time. The rest of the attack didn't score very well, but when the other two goals came from defenders, well....it's not hard to see why. Newcastle has put some pieces together, but it isn't gelling quite yet. 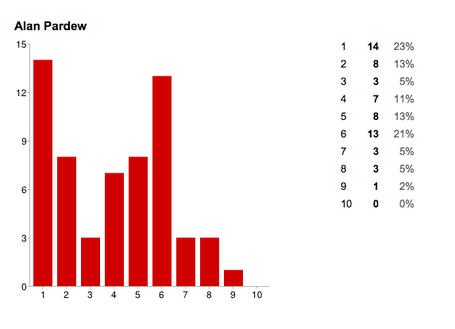 Oh, hi Pardew Out crowd. You seem to have found his rating. 14 ones may be a little harsh. After all, Newcastle did battle back (twice) and did score three goals. But then again, with nothing being done during the window to really adress the glaring back line issues, Pardew's refusal to give Aarons more playing time, and the fact that Newcastle did concede three times, the low ratings make sense. I didn't think Pardew's performance was horrible, but he needed a result in the worst way and it didn't materialize on Tyneside.