Ever since their promotion to the Premier League after the 2014-15 season, Bournemouth have been establishing themselves as a fixture in the league. Eddie Howe has done a tremendous job building the confidence and culture of the club since his arrival in 2012. Now, they add a proven Premier League striker to their squad in Jermaine Defoe, bring in a difference-making keeper in Asmir Begovic, and solidify their defense with their most expensive transfer of all-time in Nathan Ake. Bournemouth will not only survive, but finish top half of the table for the second straight season.

Last season, looking at Crystal Palace’s team on paper, you would have envisioned them finishing as a top 10 club. However, things did not break their way. They sacked their FA Cup dancing manager, Alan Pardew, replacing him with escape artist Sam Allardyce. After surviving the relegation battle, they have chosen a new direction at the helm, with former Inter and Ajax manager Frank de Boer. Under de Boer’s leadership and tactics, I see Crystal Palace capitalizing on their talent and earning their best finish since their promotion.

Do you like Jurgen Klopp, or do you like the idea of Jurgen Klopp? Klopp was all the rage when he arrived from Borussia Dortmund in 2015, but he’s had his struggles against teams in the bottom half of the Premier League. Last season, they lost to Burnley, Swansea City, Crystal Palace, and a relegated side Hull City. To make matters worse, they drew with a terrible, eventually relegated Sunderland side. Klopp actually fairs decently against the top clubs in the Premier League, but he has not found a way to break down teams that set up to defend. This, combined with the strengthening of teams around them, (and possibly losing the amazing Coutinho) will find Liverpool on the outside looking in at the top 6.

Lukaku, or Rooney, Pickford, Klaassen, Sandro Ramirez, and Keane? As crazy as it sounds with all those additions, Everton are sorely going to miss Romelu Lukaku. His move to Manchester United leaves a crater of 25 goals scored last season. They have splashed the cash in the transfer market, but that doesn’t always mean a better team. Combined with the fact that their other star player, Ross Barkley, is seemingly on his way out, I see Everton failing to impress this season.

West Ham have been trying to get over the hump for a while now. They have a tremendous new home pitch, and now they’ve invested heavily in their squad. They’ve gotten a truly prolific goal scorer in Javier Hernandez, and the most important addition in my opinion is Champions League experienced players in Pablo Zabaleta and Joe Hart. With these additions, West Ham should make a strong push for Europe. 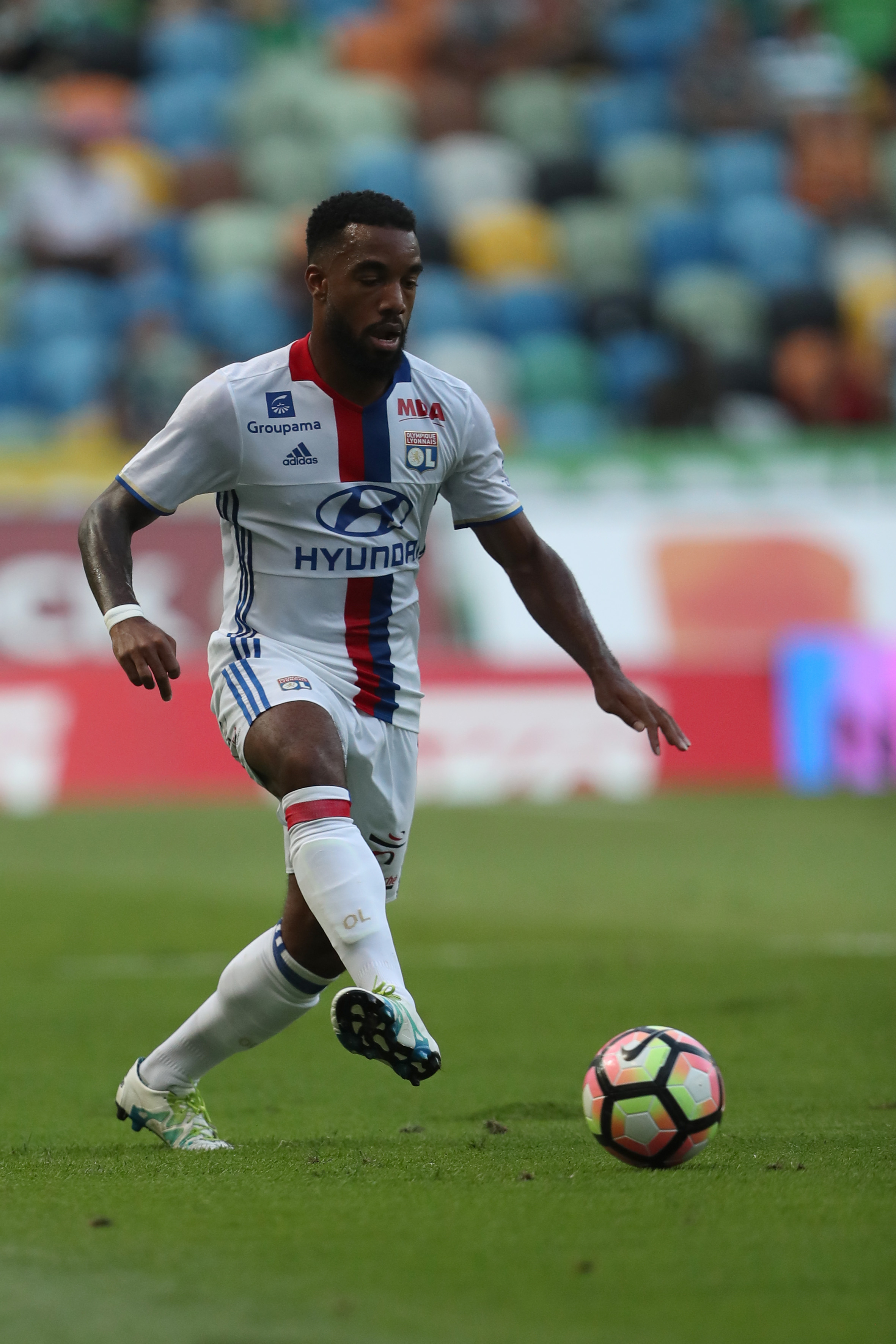 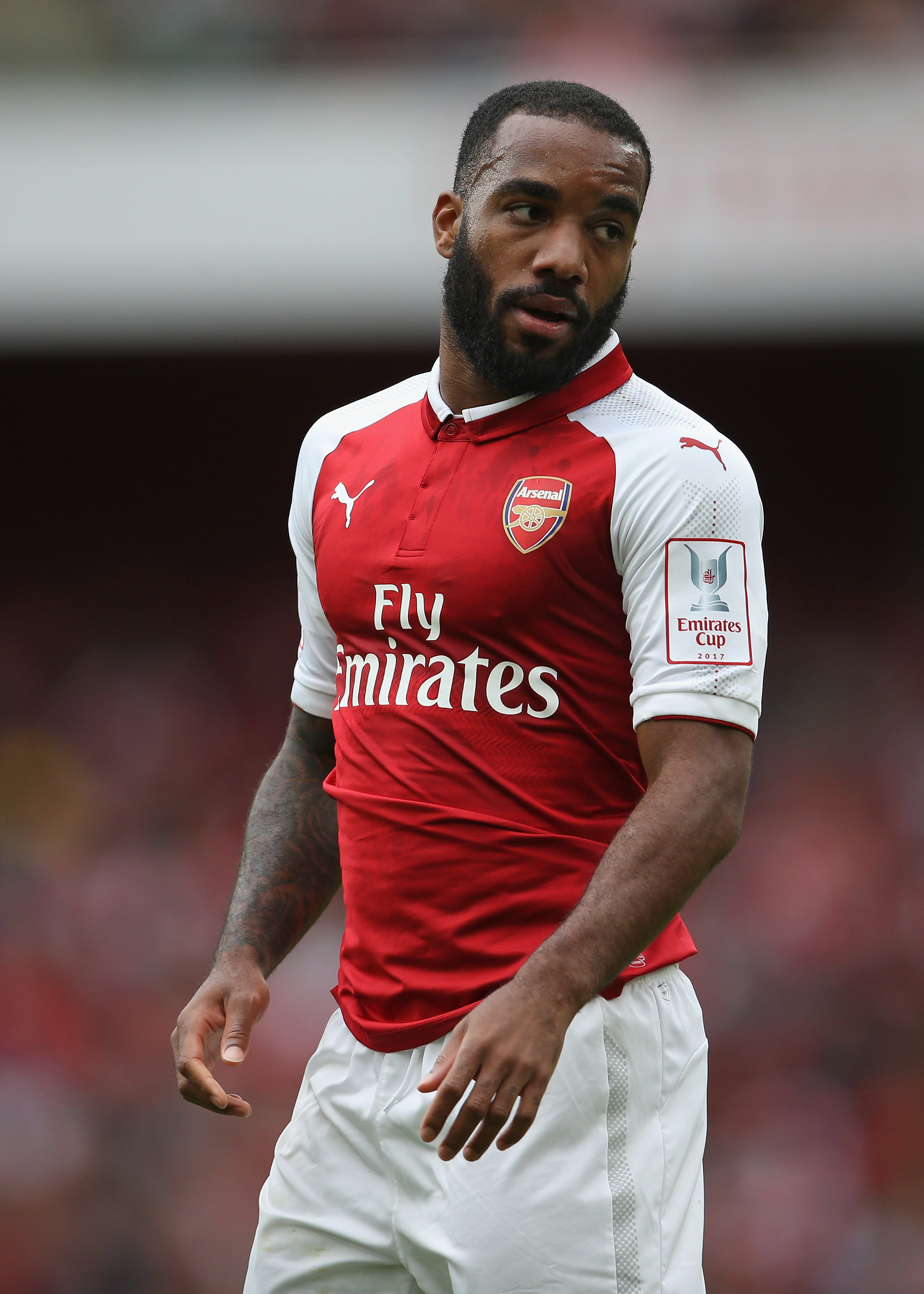 FLOP ALERT: Lacazette may be the next in a line of #9 misses by Arsene Wenger
Photo by Carlos Rodrigues/Getty Images and Photo by Steve Bardens/Getty Images

Arsene’s done. He’s been great, but he can’t compete with the top dogs anymore. His unwillingness to change his strategy is going to keep Arsenal right where they were last season. Yes, they’ve finally brought in a top-dollar striker in Lacazette, but it remains to be seen if he can make the transition to the Premiership. A disgruntled Alexis Sanchez is just the start of the changing room headaches that Wenger can’t seem to manager anymore; it may be time to think about phasing him out at the Emirates.

Conte certainly worked his Italian magic, taking Chelsea from their nightmare season in 2014-15 to Premier League champions in just one season. However, there’s reason to think this season will be different. Every club they face will be out in full force to beat the defending champions, and Chelsea will have to defend without the man who has led them in goals scored the past three seasons. Conte and Diego Costa’s relationship has spiraled out of control, and Costa is rumored to be moving on from Stamford Bridge. If he leaves, he’ll leave a gaping hole in Chelsea’s attack; one that will not easily be replaced.

That’s so Spursy. (I’m sorry, I had to.) Tottenham always seem like they’re going to take that next leap forward. And then they do something like signing Moussa Sissoko for £30million last season. Or lose a title chase to Claudio Ranieri and Leicester City two seasons ago. The quality of teams around them are too great for their Spursy moments this season — which I believe will be the pressure of playing their home matches at Wembley. It sounds odd, but it just takes one thing each year for this squad to collapse, and it’ll be enough to keep Spurs from being crowned champions. 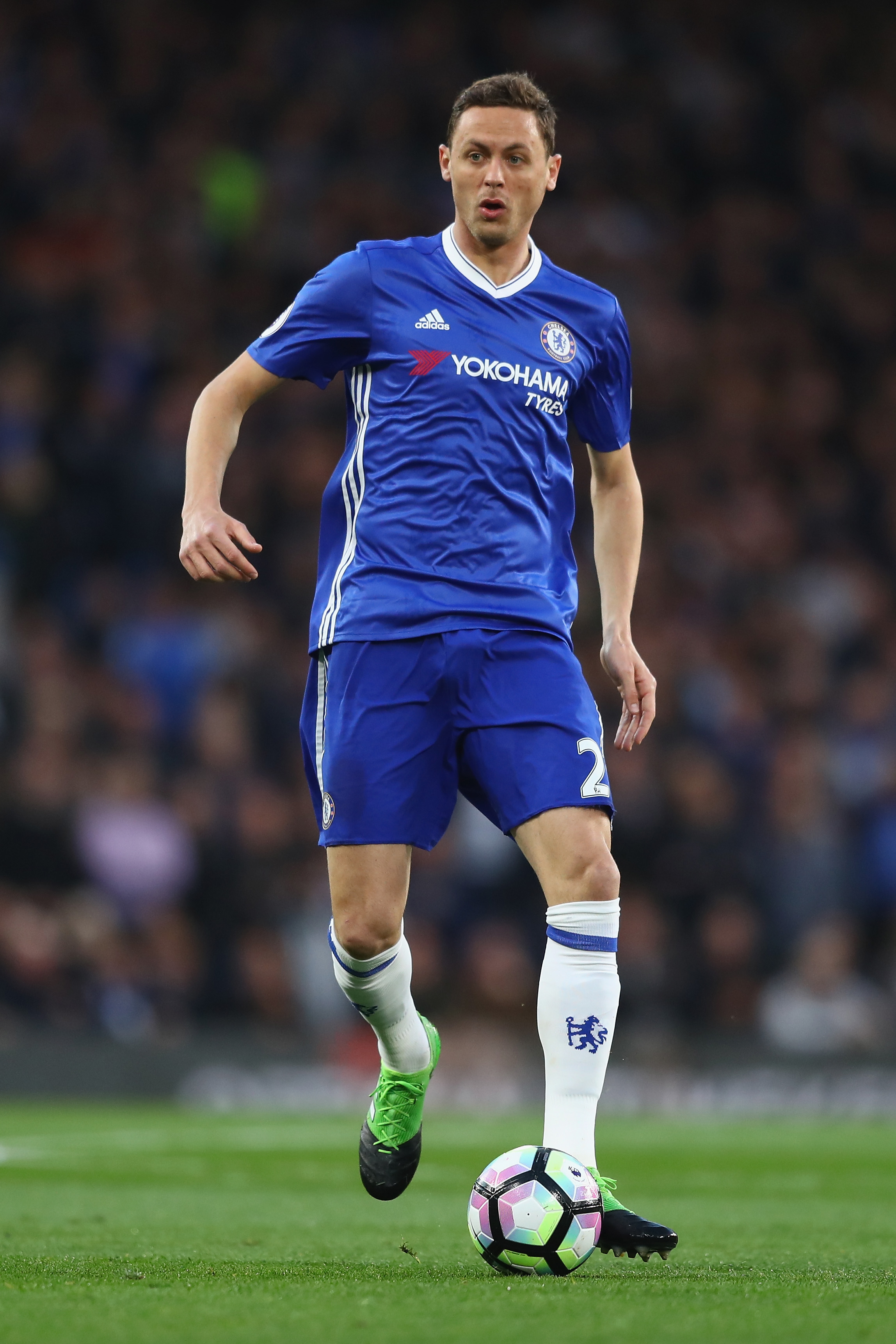 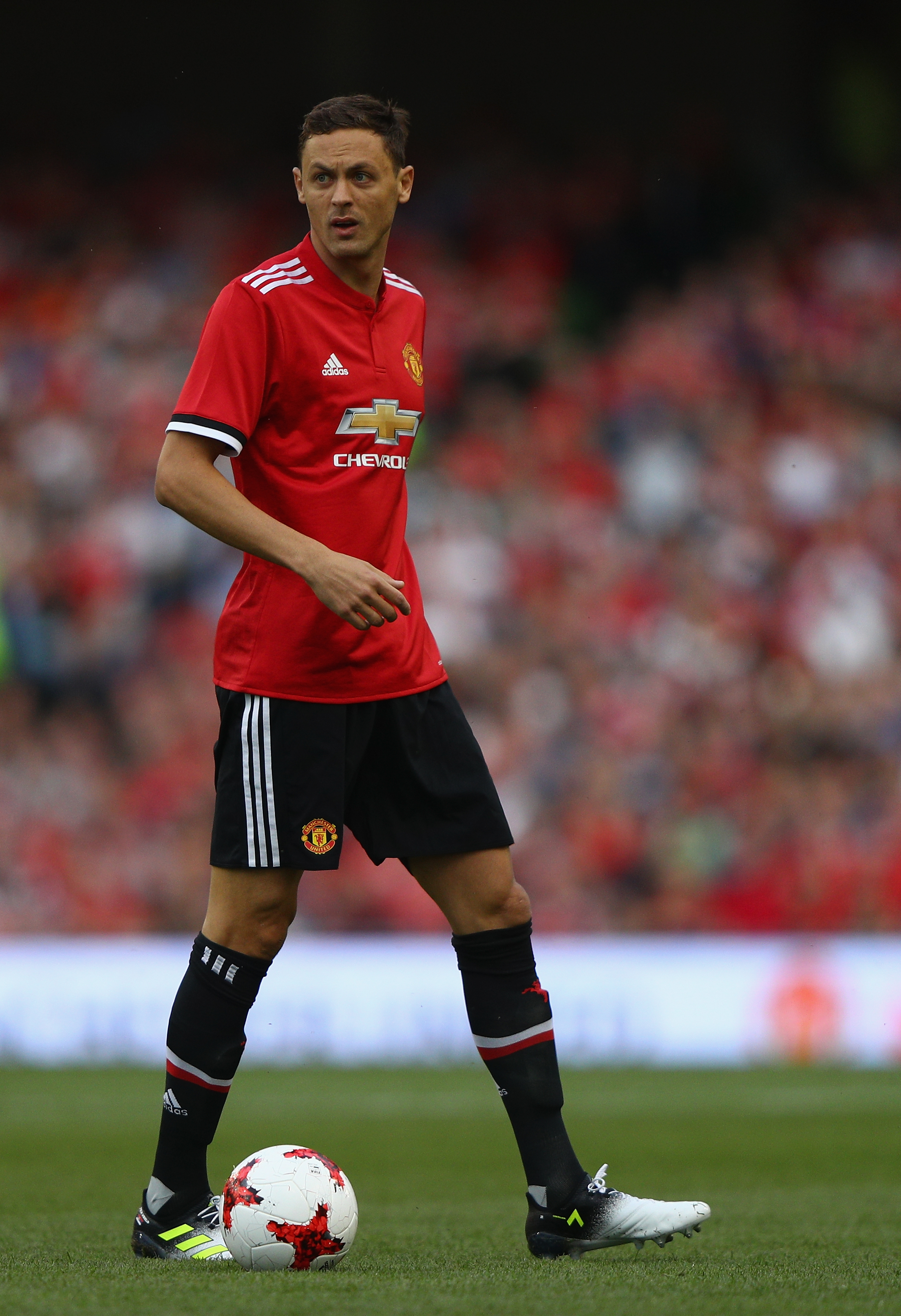 Manchester United backed into Champions League qualification last season by winning the Europa League. I don’t think they’ll be backing into anything this season. The addition of Romelu Lukaku alone will secure them a Champions League spot. Reconnecting Nemanja Matic and Jose Mourinho will be enough to catapult them to the top 3 of the Premier League. Mourinho is one of the greatest managers in the world, and with a team that really suits his style of play, he should have no trouble pushing for the title. I think they’ll come up just short.

If not for Pep Guardiola, I think this club would have won the title last season. I really do think Guardiola is an overrated manager at times, but with the players he’s been able to buy this summer, I’m not sure it matters. A midfield that has both Kevin de Bruyne and new acquisition Bernardo Silva in it will send shivers down the spines of Premier League defenses. Oh, they also have Sergio Aguero up front. And don’t forget about a soon-healthy Ilkay Gundogan and Gabriel Jesus. To make matters worse for opposing attackers, they’ve brought in speedy left back Kyle Walker (Spurs) and Champions League goalkeeper Ederson (Benfica). This squad is absolutely class, and they will be hoisting that Premier League trophy when the season comes to a close.

Manager of the Season: Pep Guardiola

Agree? Disagree? Think we’re spot on, or completely mental? Let us know your thoughts in the comments below! Stay tuned for more coverage as the season unfolds!