As this disaster of a season chugs along full steam ahead, it’s time to face the reality that is all too clear. Newcastle United will most likely be playing their next season in the Championship.

So if that’s the case, what’s the use in talking about another terrible loss to Brighton and another upcoming loss to Spurs? (I mean, obviously it’s important but it also hurts. Everything hurts.)

It is time to look ahead at what might come, in relegation, but also, what the squad may look like in just a short few months. Here’s a rundown of the potential squad and where they may have some funds to invest in an effort for a third bounce-back campaign. (All contract lengths and estimated salaries are courtesy of Spotrac.)

Oy, does it have to start here? All indications is that Steve Bruce would retain his position should the side be relegated. There is most certainly a time and place to carve up this horrendous decision like a Thanksgiving ham, but that time is not now. 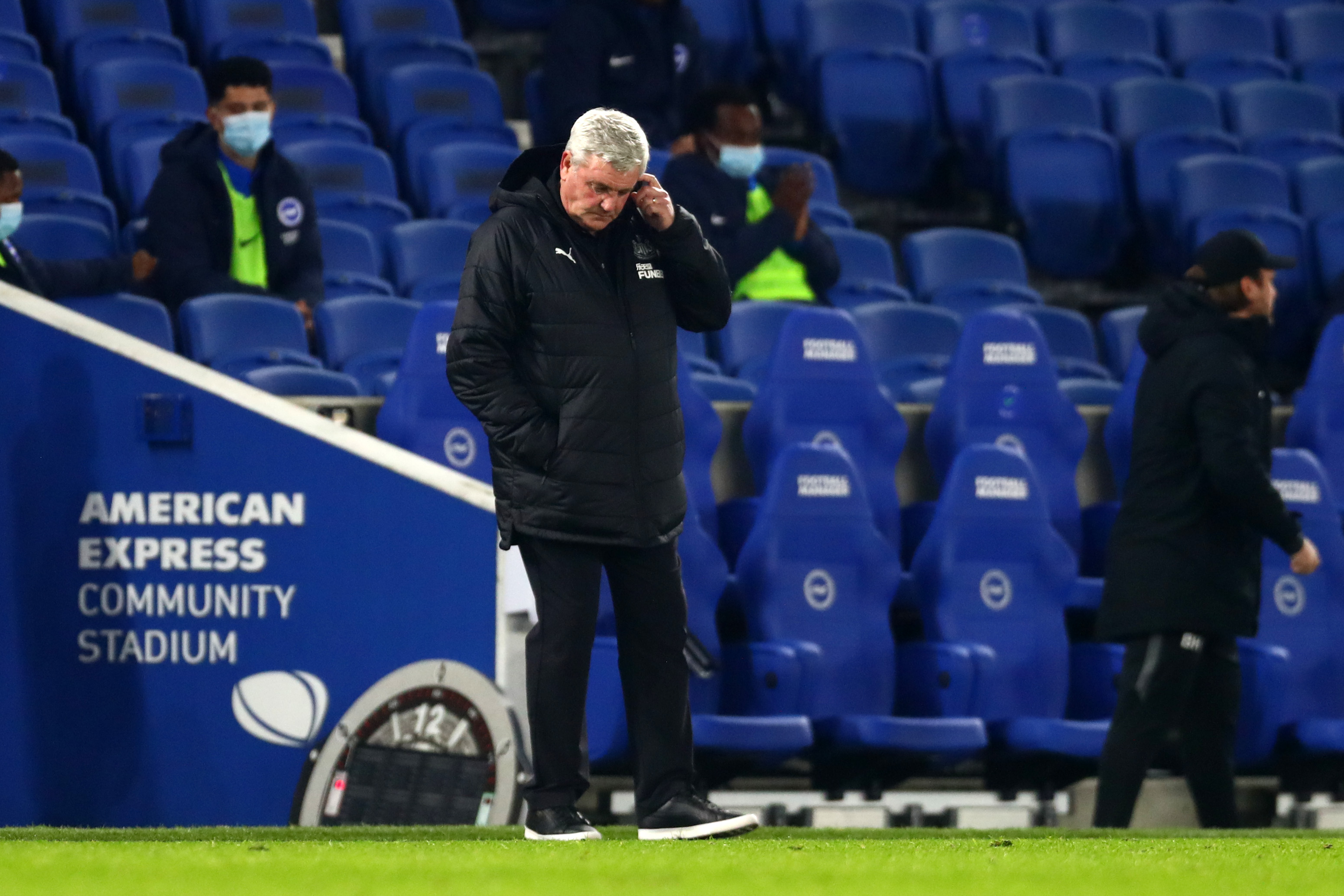 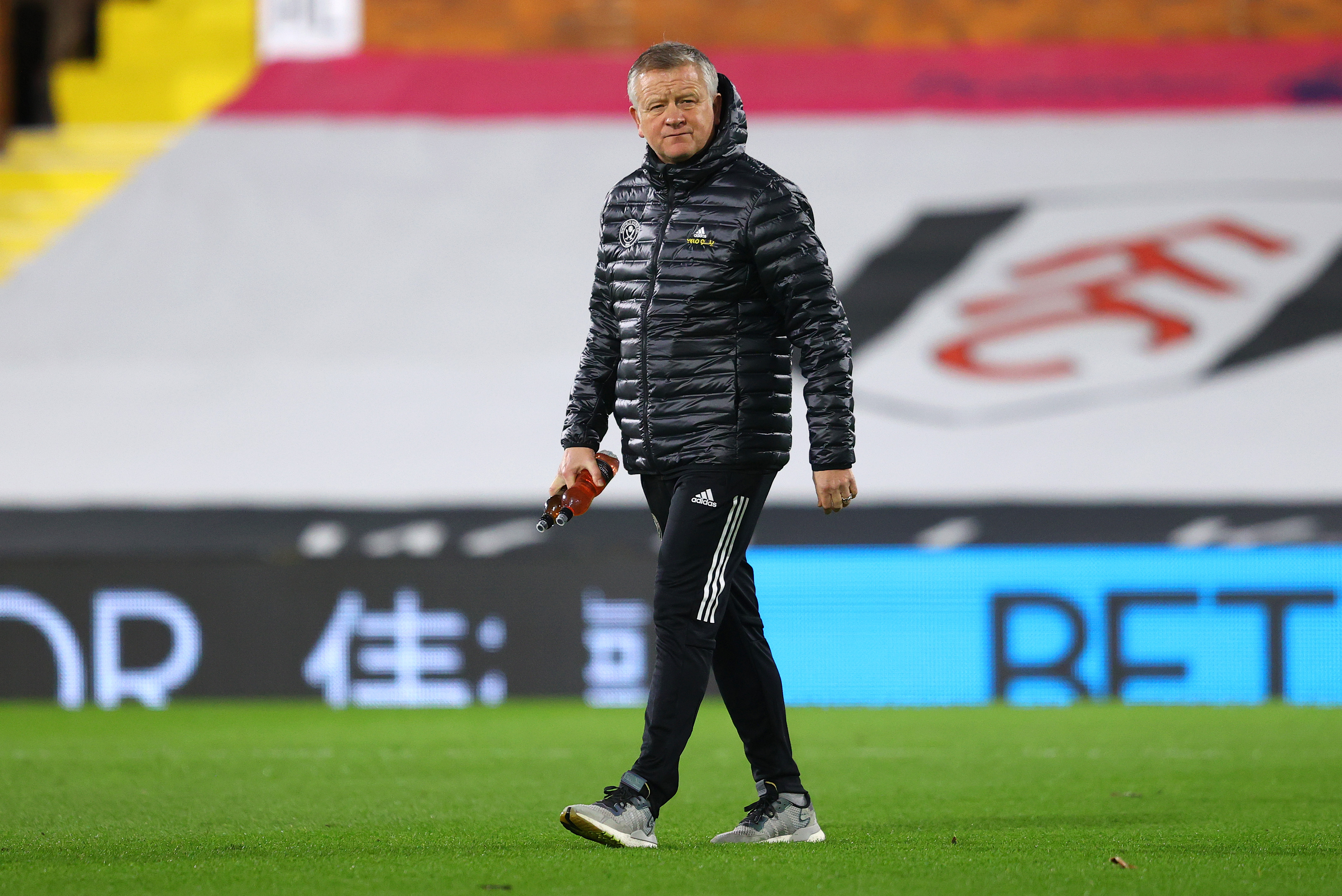 Could one of these two be on the touchline for the Magpies in 2021-22?
Photo by Clive Rose/Getty Images and Photo by Richard Heathcote/Getty Images

This is a position that Toon supporters should be fairly happy with, to be honest. The quartet of Martin Dubravka, Karl Darlow, Mark Gillespie, and Freddie Woodman are signed through at least the 2022 season.

The choice for the number one keeper would be a tough one. Would Dubravka stick around for a Championship campaign, or could a mid-tier Premier League team jump in for him? Would Darlow repeat as the man between the posts, as he did in 2016-17 (34 Championship starts)? Or would Freddie Woodman, currently on loan at Swansea City, step in and claim the job?

Another position group of fairly competent players, both in talent (specifically in regards to the Championship) and experience.

Jamaal Lascelles value has cratered from when he was being rumored for a big move, so he’ll most likely stick around, possibly as the captain. After that, center back is a tricky position.

The next group includes Fede Fernandez, Fabian Schar, Ciaran Clark, and Florian Lejeune. Federico Fernandez has been mainly the first-choice out of these four, featuring in most of the matches when he’s been healthy. However, he only has one year left on his contract, and it’s a club option. If Bruce, or whoever makes these decisions, feels confident in the other players, they could let his nearly £50k weekly salary walk.

Ciaran Clark has been extremely solid as of late, and is putting together a case he shouldn’t be subject to a Championship season. Would he be willing to stick out a campaign a level down?

Then there are Fabian Schar and Florian Lejeune. Schar is an awkward fit in the Championship, as a defender that likes to get forward and isn’t exactly a bruiser. Not to mention his contract expires after this season. Lejeune is on loan at Alaves, and it’s hard to see him getting back in the squad under Bruce.

On a lighter note, Kell Watts is looking good at League One side Plymouth Argyle, and could arguably make the jump to the Championship to play as a rotational defender for the Magpies.

Looking at the full back position, Jamal Lewis seems a lock at left back, possibly in rotation with Paul Dummett. Lewis played a lot for Norwich in the Championship prior to his move to Tyneside. On the right flank, Javi Manquillo should be slotted in as a starter. Emil Krafth will most likely back him up, mainly because why would anyone want to buy him?

Transfer Out: Florian Lejeune SOLD for ~£5m. Fabian Schar walks on an expiry.
Squad: Lascelles and Clark as starters
Development: Kelland Watts, jumps to bench in the Championship
Transfer In: Christian Kabasele/Ryan Bennett-type from a promotion side? ~£8m

Here’s where things start to get messy. There are some expiring contracts which should help things and a few players should be on their way out to greener pastures.

Henri Saivet and Christian Atsu have expiring contracts, so they should both be gone. It’s incredibly difficult to see a player like Allan Saint-Maximin sticking around in the Championship. Someone will surely be in for him. It’s also hard to envision a path for Matt Ritchie to get back in a Steve Bruce side, even if it’s in the second tier. All four of them shouldn’t be counted upon to stay.

Holding midfield should feature Isaac Hayden, who will be working his way back from injury. Some combination of Matty and Sean Longstaff absolutely will be involved in central midfield. They are too talented to not start at the Championship level. Jonjo is on fairly high wages so there’s no one in the Premier League that’s going to take on that contract for the level of production offered. Jeff Hendrick appears to be a dead weight stuck on the club for the next 3 years. Presumably, he’ll be invisible in at least 15 matches next year.

On the wings, Jacob Murphy is an easy entry into the first-team. Ryan Fraser primarily plays on the right, but it’s fairly easy to envision the two of them playing quite a bit of the season. The team will need to acquire depth here to replace the potential departures in Saint-Maximin and Ritchie.

In attacking midfield, one would hope Miguel Almiron would stay. However, that seems incredibly unlikely given his recent statements. Newcastle probably need to invest heavily in the number 10 role as they desperately will need a link between the forwards and defense.

Elliot Anderson needs to play in a Championship side Newcastle United. Plain and simple. We’ve seen enough from him to know he’s got talent but he needs first-team playing time. It remains to be seen where that is, but he should find a spot in the side.

Transfer Out: Saint-Maximin for ~£25m, Almiron for ~£19m, Ritchie for ~£2.5m
Squad: Hayden/Longstaff brothers/Shelvey, Murphy/Fraser out wide
Development: Elliot Anderson given a real chance to play with first-team
Transfer In: A starting #10, ~£20m; wing depth, £6-7m

This should be quite an interesting position to watch. Dwight Gayle just re-upped his contract at a lesser amount, so he’s a lock to start in the Championship.

Joelinton is a massive anchor of a contract, on nearly £90k a week with basically no value to the team. The main fear is no one will be willing to take on that contract and he’ll be stuck in the first-team squad.

Callum Wilson will have seen his team relegated for the second straight season; would he have enough pull to warrant yet another move to a Premier League side? He’s 29 years old and has been a bit banged up this season, the hope would be that Newcastle could hold onto the striker and convince him to help them earn promotion, having a good old time banging in goals during it.

Andy Carroll’s contract expires and it’s hard to envision him sticking around again. He should walk away from the game, clearly not able to make a significant impact at this point in his career.

Elias Sorensen doesn’t seem ready to make this high a jump, as he’s currently on 4 goals in 19 matches for a second-tier Danish side, Almere City.

There’s a bit of talent in this side, and under the right manager with a touch of investment, could compete for Top 6 in the Championship. However, it’s all too easy to envision neither of those taking place. It will be quite a critical summer for the future of the Mags.